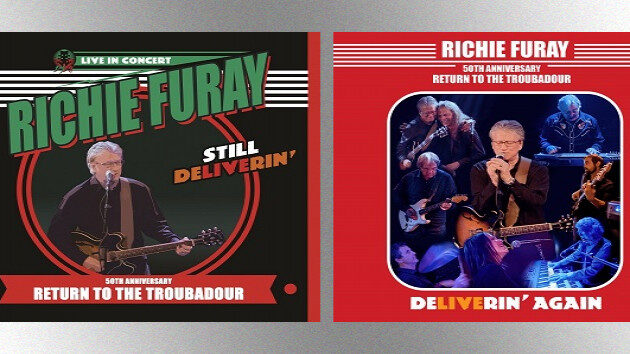 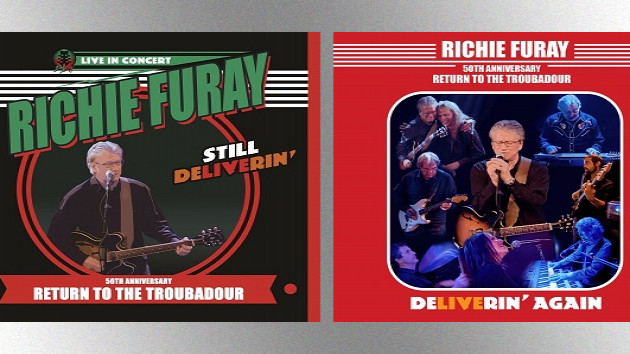 The album and video, which will be available as a two-CD set and on DVD, document a special show that Furay played with his solo band in November 2018 at Los Angeles' famed Troubadour venue and that featured a full performance of Poco's 1971 live album DeLIVErin'.

The concert featured two sets, with the first -- which is dubbed "Still DeLIVErin'" -- offering a mix of Buffalo Springfield tunes, Poco gems and songs from Furay's solo catalog. The second set, titled "DeLIVErin' Again," showcased the DeLIVErin' performance, plus an encore rendition of Poco's enduring 1972 song "A Good Feelin' to Know."

Longtime Eagles and former Poco bassist Timothy B. Schmit, who played on DeLIVErin', joined Furay and his solo group at the 2018 concert for two songs -- "Hear That Music" and the aforementioned "A Good Feelin' to Know."

In advance of 50th Anniversary Return to the Troubadour's arrival, Furay has released a recording of one of the songs, a version of his 1968 Buffalo Springfield tune "Kind Woman," as a digital single and via streaming services. Richie also has posted a video clip of the performance at his official YouTube channel.

In the forthcoming release's liner notes, Furay writes of the project, "In many respects it was a labor of love because I knew how important the original album was to Poco fans and if [Richie Furay Band] didn't meet the standard, it would be a disappointment. I do not believe you are going to be disappointed. From my viewpoint, we have met and exceeded any expectations."

CD1: "Still DeLIVErin'"
"On the Way Home"
"Let's Dance Tonight"
"We Were the Dreamers"
"Don't Let It Pass By"
"Go and Say Goodbye"
"Wake Up My Soul"
"Hard Country"
"Wind of Change"
"Anyway Bye Bye"
"Someday"

CD2: "DeLIVErin' Again"
"I Guess You Made It"
"C'mon"
"Hear That Music" (with Timothy B. Schmit)
"Kind Woman"
"Hard Luck"
"Child's Claim to Fame"
"Pickin' Up the Pieces"
"You Better Think Twice"
"A Man Like Me"
"Just In Case It Happens, Yes Indeed"
"Grand Junction"
"Consequently So Long"

Encore:
"A Good Feelin' to Know" (with Timothy B. Schmit)