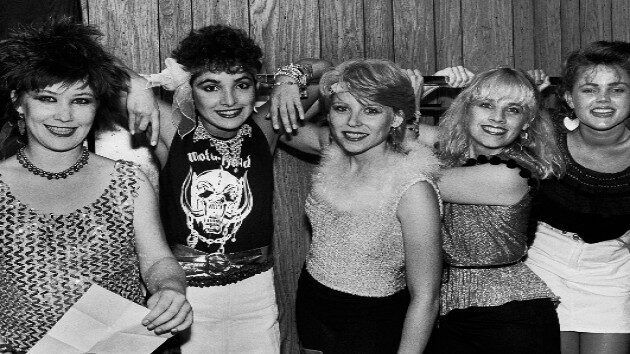 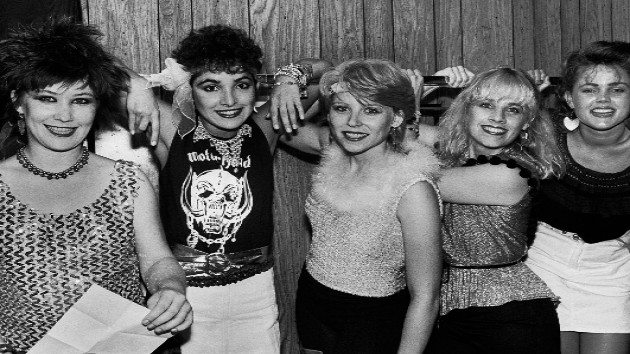 The Go-Go's in 1981; Paul NatkinThe Go-Go's are among the artists who will be honored during the 2021 She Rocks Awards, which will be a virtual event this year because of the ongoing COVID-19 pandemic.

Go-Go's bassist Kathy Valentine tells ABC Audio that her band will receive the Icon Award during the event, which streams live on Friday, January 22, at Parade magazine's official website and BelieveInMusic.tv, starting at 6:30 p.m. PT.

Regarding her famous all-female group being recognized at the She Rocks Awards, Valentine says, "[I]t sounds arrogant but, you know, we're The Go-Go's -- of course we should be honored…and it's fantastic to be honored."

Founded in 2012, the She Rocks Awards salutes influential women from all areas of the music industry.

"I think it's a great event," says Valentine. "I think visibility is a key thing…[A]ny time people see women accomplishing, succeeding, working [in the business,] I think it gives a sense of possibility as to…what could happen in your life."

Regarding the band's appearance on the show, Kathy notes that The Go-Go's have provided a performance video of their new song, "Club Zero," adding, "[W]e did interviews. We did a red carpet. And we did little...acceptance speeches, each of us."

Valentine also reveals that she plans to take part in the VIP virtual after-party that's scheduled to follow the main show.

Valentine says of Wilson, "[She's] an absolute icon. She's fantastic," adding, "I remember when Heart came out, and just seeing two women having such a leading role in a band…definitely had an impact."