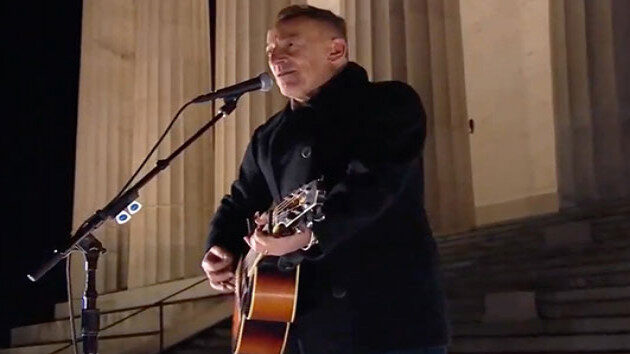 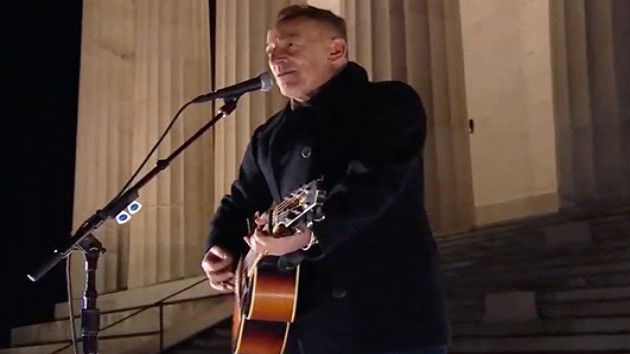 The event, which was hosted by Tom Hanks, featured a lineup of top-tier performers, multiple tributes that celebrated the diversity of America, and remarks from the newly sworn in President Joe Biden and Vice President Kamala Harris.

Typically, the day's events are capped off with the official inaugural balls, however, in light of the pandemic, the Celebrating America event took their place this year, which allowed many Americans to tune in to an inspiring night of performances.

Kicking off the exciting night from the elegant steps of the Lincoln Memorial in Washington, D.C. was country rock star Bruce Springsteen, who opened up the program with his 1999 record "Land of Hope and Dreams" as "a small prayer for our country."

Also there to keep things rocking was Jon Bon Jovi. The New Jersey rocker and his backing band appeared from Miami, where they performed The Beatles' iconic hit "Here Comes the Sun" on a boardwalk in Miami as blue clouds gave way to the sun peaking through.

From Washington, D.C., Pery ended the night with a bang -- quite literally -- performing her smash hit "Firework" in front of the Lincoln Memorial with as an impressive display of colorful fireworks erupted over the capital.