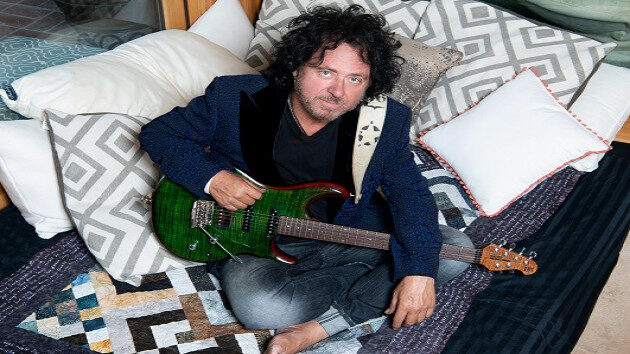 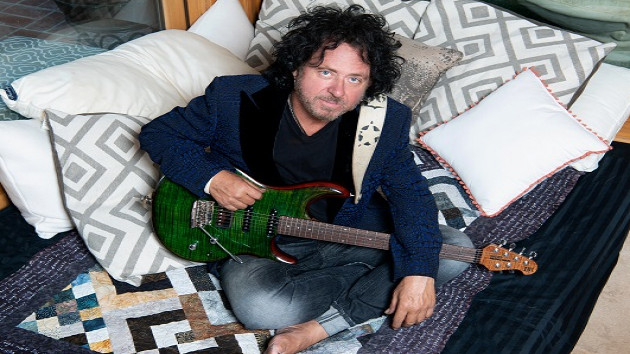 Credit: Alex Solca PhotographyToto guitarist Steve "Luke" Lukather has released the third and final advance track from his upcoming solo album I Found the Sun Again, which is due out on February 26.

The atmospheric tune is the new album's title track, which is available now as a digital download and via streaming services. A companion video for "I Found the Sun Again" has premiered at Lukather's official YouTube channel. It features Luke and his girlfriend Amber, who inspired the tune.

In a Facebook post, Lukather says of the clip, "It's a spacy video with many inside bits...and done in my house so...I can't wait for the comments hahahahaha." He adds about the song, "It's Pink Floyd meets Christopher Cross and Joni Mitchell on acid. Enjoy."

As previously reported, I Found the Sun Again will be released simultaneously with Williams' latest solo album, Denizen Tenant, on the Toto duo's new label, The Players Club. Both musicians contributed to each other's album.

The other two advance tracks Lukather released from I Found the Sun Again were "Run to Me," which features Ringo Starr on drums, and "Serpent Soul." The latter tune includes contributions from founding Toto keyboardist/singer David Paich, Gov't Mule bassist Jorgen Carlsson, and drummer Gregg Bissonette of Ringo's All Starr Band. Williams sang backing vocals on both songs.

I Found the Sun Again and Denizen Tenant can be pre-ordered now, and will be available on CD, as two-LP sets and packaged together in limited-edition bundles.

Lukather and Williams also recently relaunched Toto with a new lineup, and the band is planning a 2021 trek called the Dogs of Oz Tour that currently is scheduled to kick off on July 15 in Bonn, Germany.