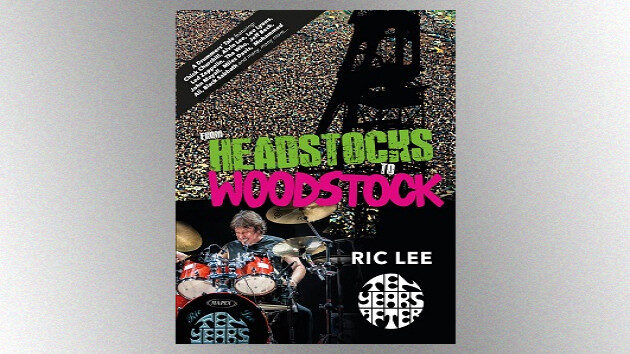 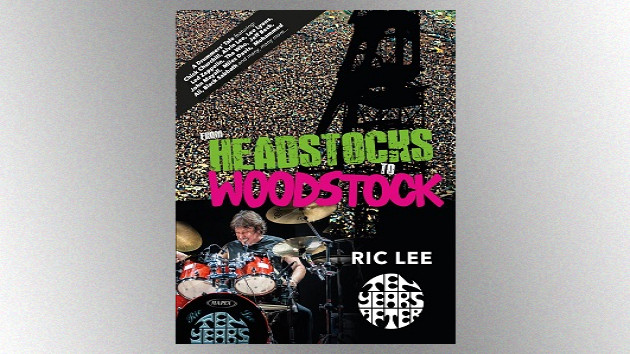 Courtesy of Ric LeeFounding Ten Years After drummer Ric Lee has penned a new memoir called From Headstocks to Woodstock focusing on his long music career, including his adventures with the famous U.K. blues-rock outfit.

"It was something I'd always wanted to do and I actually started it more than 10 years ago, but kept stopping and starting for various reasons," Lee explains in a statement. "Then a chance conversation with a friend in Los Angeles persuaded me to get it finished."

Ten Years After was led by singer guitarist Alvin Lee and had a series of popular albums in the late 1960s and early '70s. In the U.S., the band is best known for their scorching performing of "I'm Going Home" at the 1969 Woodstock Festival and their hit "I'd Love to Change the World," which peaked at #40 on the Billboard Hot 100 in 1971.

Ric says some of the highlights in the book for him are "[m]y early days in bands in the Mansfield (my hometown) area, my stories about meeting people like Sir David Frost, Muhammad Ali, The Who, Led Zeppelin, Miles Davis and many others, and, of course, playing at Woodstock."

Lee adds that he hopes hi memoir will "also be an inspiration to any aspiring young musicians to keep going against all adversity to finally win through."

While Alvin Lee died in 2013 at age 68 from heart surgery complications, Ten Years after has continued on and currently is led by Ric and founding keyboardist Chick Churchill.  The band is working on a new studio effort that's due out later this year, and is planning to release a deluxe version of its 2017 album A Sting in the Tale in March.