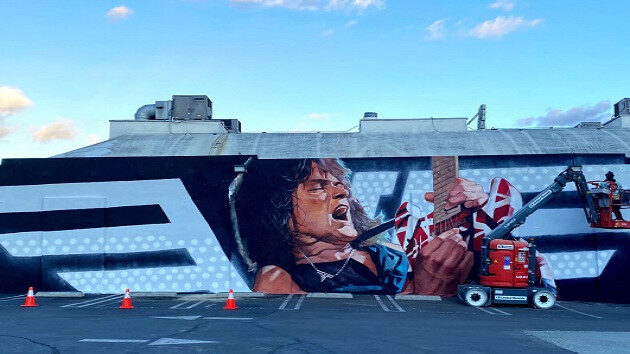 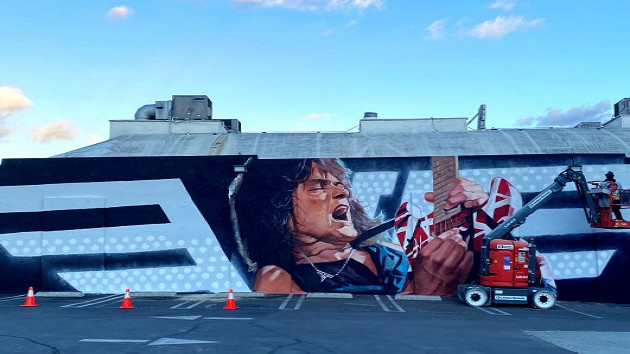 Courtesy of Guitar CenterEddie Van Halen's son Wolfgang Van Halen is sharing his support for the Los Angeles mural depicting his late father after it was criticized by a fan.

The mural was unveiled earlier this week at the flagship Guitar Center store in Hollywood, California, on what would've been the Van Halen shredder's 66th birthday. It was created by artist Robert Vargas, and portrays Eddie playing his signature "Frankenstrat" guitar.

Apparently, one fan didn't find the mural to be realistic enough, and posted, "I loved Eddie but that doesn't look like him at all." In response, Wolf tweeted, "Homie better get some glasses, because he can't see s***."

"The mural is incredible. Literally flawless," Wolf added. "I can understand 'not liking a particular piece of art' for whatever reason, but saying it doesn't look like him makes you look BIG dumb. It's not even a matter of taste, it's just straight up wrong."

Wolf also shared a side-by-side image of the mural and the original photograph it references to illustrate the accurate depiction.

Eddie died October 2020 at age 65 following a battle with cancer. Following his father's death, Wolfgang released a new song called "Distance" as a tribute to him.