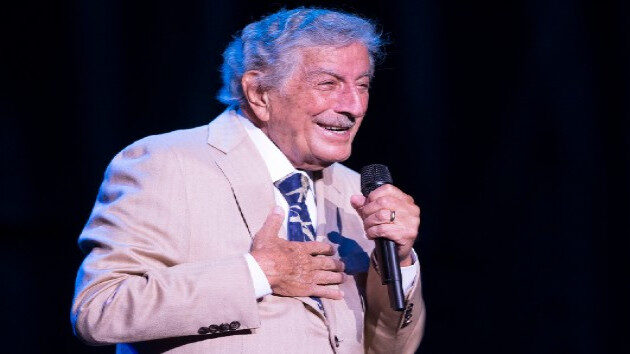 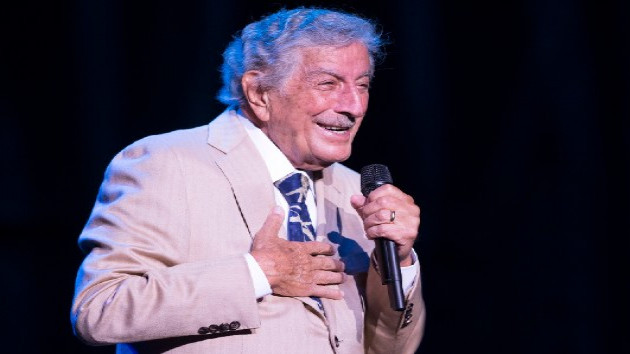 Neil Lupin/RedfernsTony Bennett's family has revealed that for the last four years, the legendary crooner, who's 94, has been battling Alzheimer's disease.

Breaking their silence in AARP The Magazine, the family explains that Bennett's long-awaited sequel to his Grammy-winning 2014 album with Lady Gaga, Cheek to Cheek, is going to be released this spring, but because of his condition, Bennett cannot participate in any interviews.  That's why, they say, they decided to go public with the diagnosis.

When Bennett's son and manager Danny asked Lady Gaga how she felt about the family revealing Bennett's condition, Danny notes that she said, "Absolutely.  It's just another gift he can give to the world.'"  The forthcoming album was recorded between 2018 and 2020.

The article also reveals that even after Bennett's diagnosis, he was still able to tour and perform a 90-minute set so well that nobody suspected anything was wrong.  His last live show was in March of 2020, due to the COVID-19 pandemic, but his doctor recommended that the star continue to sing, because it's so helpful in managing his illness, the hallmark of which is increasing dementia and memory challenges.  In fact, Bennett's longtime pianist comes to his apartment twice a week and runs through his 90-minute set with him.

Amazingly, even though Bennett is often unaware of where he is and cannot recognize everyday objects, he can sing all this songs perfectly.  As Bennett's neurologist tells AARP The Magazine, "He is doing so many things, at 94, that many people without dementia cannot do. He really is the symbol of hope for someone with a cognitive disorder."

In fact, Tony's wifem Susan, tells the magazine, "Singing is everything to him...If he ever stops singing, that's when we'll know...hopefully he'll just go to sleep one night and that will be that."

"He's not the old Tony anymore,” she adds, heartbreakingly. "But when he sings, he's the old Tony."