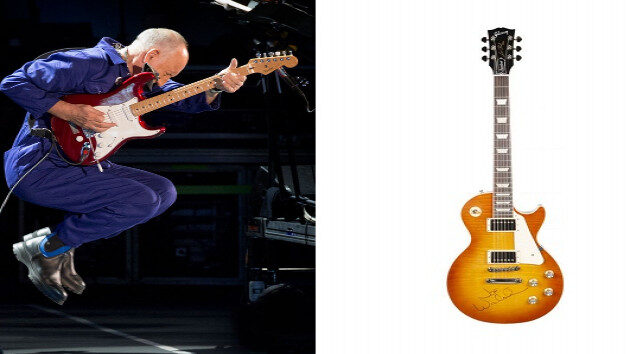 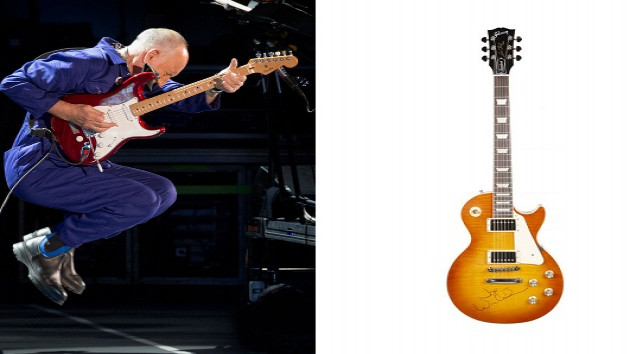 William Snyder; Courtesy of Julien's AuctionsThe results have been announced for the latest MusiCares Charity Relief Auction, which was hosted by Julien's Auctions on Sunday, January 31, and raised money for those in the music industry affected by COVID-19.

Among the items bringing in big bucks were a blue jumpsuit and long beige coat worn onstage by The Who's Pete Townshend, a Gibson Les Paul electric guitar signed by Joe Walsh, a dress worn by Madonna while filming the 1996 movie film Evita, and a black jacket embroidered with rhinestones belonging to David Lee Roth, along with a signed photo of the Van Halen frontman.

Other notable memorabilia sold during the auction included an American Beauty-themed guitar signed by The Grateful Dead's Bob Weir, which fetched $7,680; a customized black velvet jacket owned by Tom Jones, which brought in $6,400; plus a shirt and photograph autographed by Queen's Brian May and a signed hardcover copy of Bob Dylan's 2004 memoir, Chronicles, both of which sold for $5,120.

Bringing in the most money at the auction was a set of pastel outfits that Korean boy band BTS wore in the video for their #1 hit, "Dynamite." Those sold for $162,500.

You can check out the full results of the auction at JuliensLive.com.