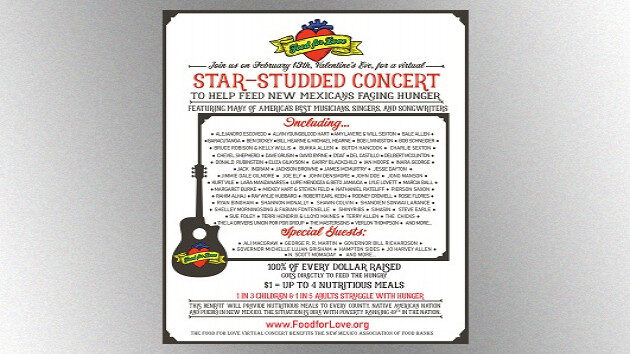 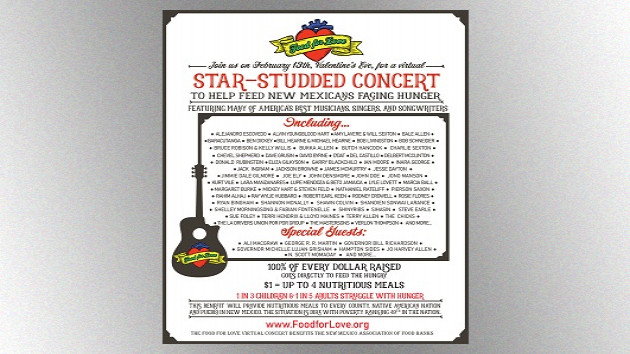 The show is scheduled to start at 7 p.m. ET on February 13, and will stream at FoodforLove.org and the Food for Love YouTube channel. The program will be available for viewing for 48 hours after it first airs.

According to the website, the event will benefit the New Mexico Association of Food Banks and 100% of the proceeds will go toward aiding the hungry. The site adds that the fundraiser "will provide nutritious meals to every county, Native American nation, and pueblo in New Mexico."

In a post on his official website, Byrne writes about his involvement in the benefit and his connections to some of the other artists on the bill. One of them is the event's organizer, veteran outlaw country artist Terry Allen, whom Byrne met while working on the 1986 film, True Stories.

David's also put together a special playlist featuring songs by many of the artists who'll be performing on the Food for Love show.