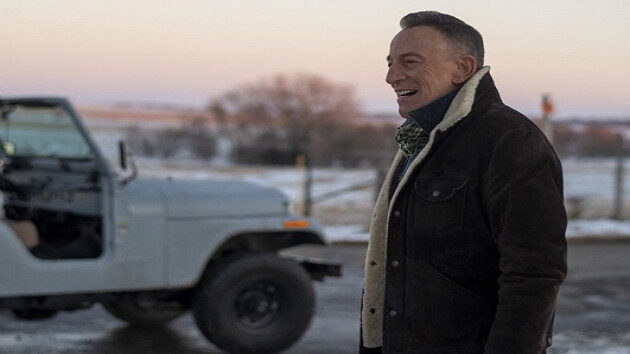 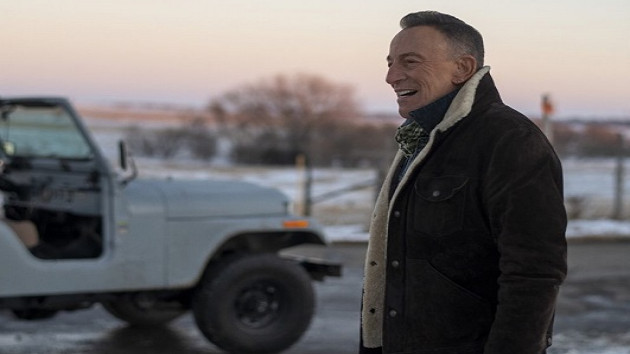 The two-minute ad, which you also can view at Jeep.com and Jeep's social media sites, is titled "The Middle," and was shot in various locations in Kansas, Nebraska and Colorado in late January. It features the rock legend reciting a monologue expressing hope that the people of the U.S. can come together and find common ground again.

The commercial, which will air just once on TV, marks the first time in his career that Springsteen has appeared in an ad endorsing a product or company.

Bruce wrote and produced the atmospheric musical score for the commercial with his frequent studio collaborator Ron Aniello. The ad was directed by filmmaker Thom Zimny, who has worked on many projects with The Boss.

The commercial begins with footage of various rural sites, including the U.S. Center Chapel in Lebanon, Kansas, which is located at the geographical center of the United States' lower 48 states.

In a voice-over, we hear Bruce give some background about the chapel, noting, "It never closes. All are more than welcome to come meet here, in the middle."

Springsteen continues, "It's no secret the middle has been a hard place to get to lately. Between red and blue, between servant and citizen, between our freedom and our fear."

We also see Bruce driving snow-covered roads in his own Jeep.

Springsteen ends his monologue by saying, "We need the middle. We just have to remember the very soil we stand on is common ground…Our light has always found its way through the darkness, and there's hope on the road up ahead."

Check out an in-depth article about the Jeep ad and Springsteen's involvement in it at Variety.com.