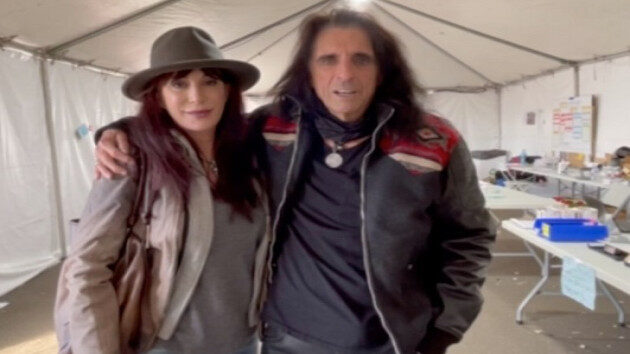 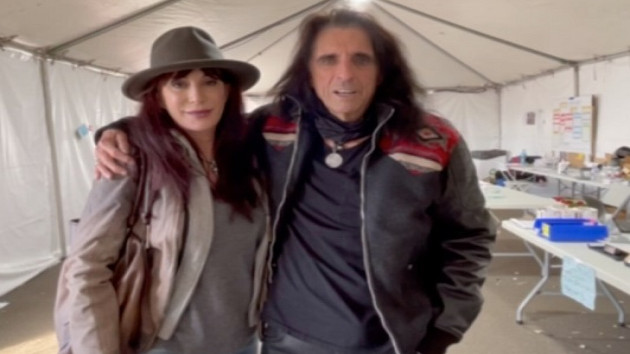 Courtesy of Team RubiconEarlier this week, Alice Cooper received his vaccine for the COVID-19 virus at the Abrazo West Campus hospital in Goodyear, Arizona, a suburb of his hometown of Phoenix, and now the shock rocker is encouraging others to also get a shot to protect them.

Cooper and his wife, Sheryl, who both already recovered from a bout of COVID, still decided to get the vaccine when they had the opportunity. The shots were administered by Team Rubicon, a veteran-led disaster-relief organization.

Alice added, "Come out and get your shot! You don't feel like you are in danger of anything and if you haven't gotten your vaccine, come on out."

During his visit to the hospital, the Rock & Roll Hall of Famer signed autographs and thanked the Team Rubicon volunteers and Abrazo West Campus staff for helping the community.

As previously reported, Cooper will release a new studio album called Detroit Stories on February 26. The album is Alice's tribute to the hard-edged music of his former hometown, and was recorded in the Motor City-area with longtime producer Bob Ezrin. It features contributions from the surviving members of the original Alice Cooper band and various notable Detroit musicians, including MC5 guitarist Wayne Kramer and Mitch Ryder and the Detroit Wheels drummer Johnny "Bee" Badanjek.