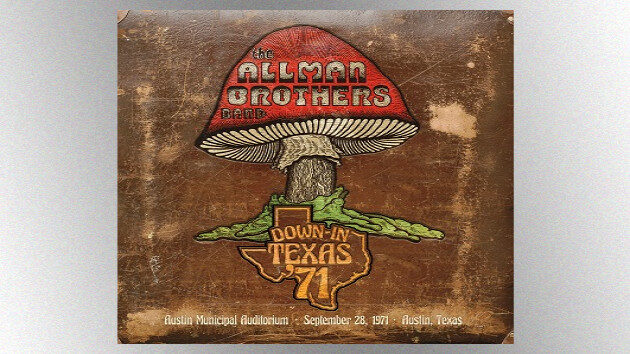 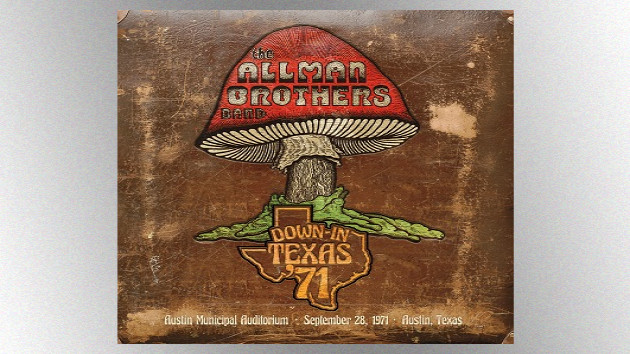 Allman Brothers Band Recording CompanyAn archival live album featuring a historic performance that The Allman Brothers Band gave on September 28, 1971, in Austin, Texas, will be released on March 26, which also marks the 52nd anniversary of the group's formation.

The album, titled Down in Texas '71, captures the full show that the Allman Brothers played at the Austin Municipal Auditorium. The nine-song performance included renditions of "Statesboro Blues," "Trouble No More," "One Way Out," "In Memory of Elizabeth Reed" and "Hot 'Lanta."

The band was joined on six songs by saxophonist Rudolph "Juicy" Carter, marking the most extensive guest appearance by any musician with the group's original lineup. Carter and Allman Brothers member Jaimoe had previously played together backing Percy Sledge, and it was Juicy who coined the drummer's nickname; Jaimoe was born Johnny Lee Johnson.

The Austin show took place two months after the Allman Brothers Band recorded their famous concert album At Fillmore East in New York City, and just one month before guitarist Duane Allman was killed in a motorcycle accident at age 27.

Down in Texas '71 is available for pre-order now on CD exclusively at MerchMountain.com. A special bundle is also available for purchase that features the CD, a limited-edition Down in Texas T-shirt, and a reflective Allman Brothers Band badge sticker. In addition, the album will be released digitally.

The CD version of Down in Texas '71 features an exclusive interview that Duane Allman and bassist Berry Oakley gave to a Houston radio station in June 1971.

Proceeds from the album will benefit The Allman Brothers Band Museum at The Big House in Macon, Georgia, which is home to the world's largest collection of ABB memorabilia.