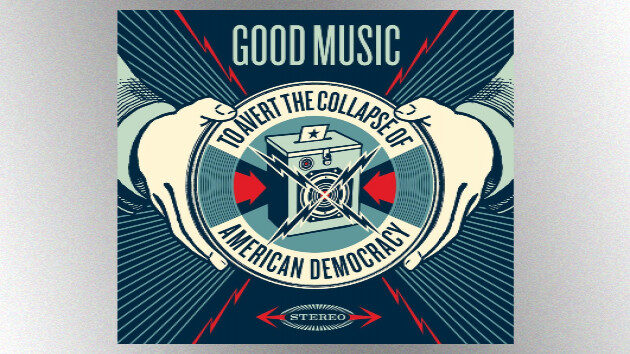 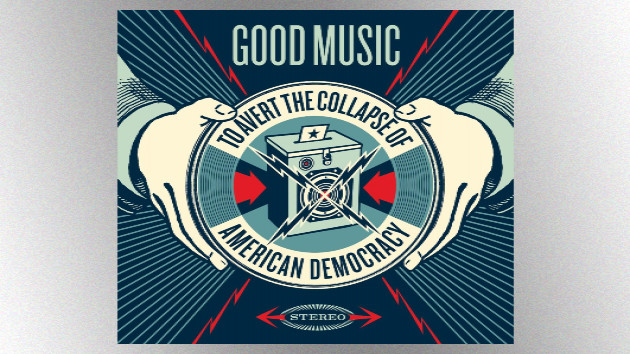 Artwork by Shepard FaireyR.E.M. is among dozens of artists who are contributing previously unreleased recordings to an upcoming compilation in support of voting rights.

The 40-track album, called Good Music to Avert the Collapse of American Democracy, is due out this Friday, September 4. It will only be available for 24 hours via Bandcamp. Proceeds will benefit the organization Fair Fight.

The track that R.E.M. is donating to the album is a live 1989 performance of "Begin the Begin," the first song from the band's 1986 studio album, Lifes Rich Pageant.