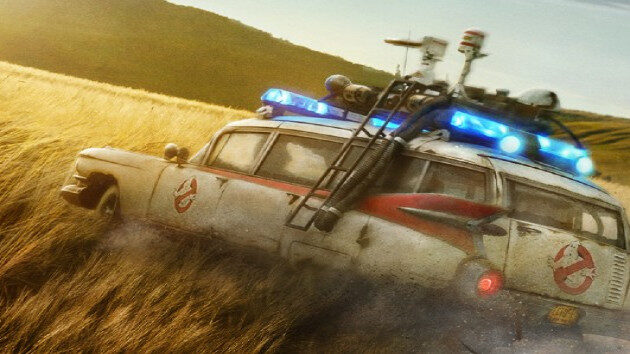 Are you tired of Baby Yoda memes? Who ya gonna call? Well, Ghostbusters. Technically, the new teaser Ghosbusters: Afterlife, which features Paul Rudd running afoul of some mini versions of the Sta-Puft Marshmallow Man.

In the clip, set to spooky music, the actor is shown shopping for some ice cream.  He notices a bag of the marshmallows shaking on its own, only to see a tiny version of the Sta-Puft Marshmallow man emerge. Rudd's character tries to poke its cute belly, Pillsbury Doughboy-style, when it turns on him and chomps his finger.

Rudd's foot is then rammed by a Roomba driven by a gaggle of the tiny sailor men, and we see the store is being overrun with them, a la Gremlins. They happily roast each other on a barbecue, and one uses a kitchen torch to melt his smiling buddy into a s'more.

The shot cuts to black, and then we hear the three-note piano riff familiar to the fans of the series, and see the original Ghostbusters logo -- a visual confirmation that this film will be a true sequel to the first two films.