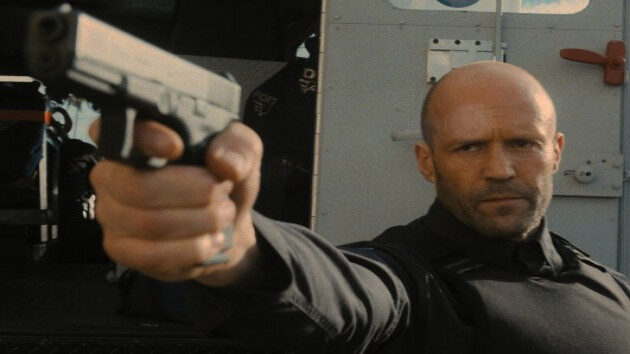 Though he stepped away from the so-called "saga" films to star with Dwayne Johnson in the blockbuster spin-off Hobbs & Shaw, Jason Statham tells Collider he'd return to the original Fast & Furious series "if they want me."

Statham's first go 'round as the suave-but-dangerous Deckard Shaw was in an after-credits scene in Fast & Furious 6 and he appeared as the heavy in the seventh film, but his character joined "the family" for The Fate of the Furious before starring in the hit spin-off.

However, Statham doesn't appear in the upcoming Fast 9, which was directed by Justin Lin, and the series- that started back in 2000 is supposed to wrap with an 11th (!) installment.

"I'd love to come back for those couple of movies," the actor admits.  "It’s thin ice that I’m skating on if I talk about what’s going to happen in the next movies. But I know Justin Lin...really well, and it was funny, when I came on to do the cameo in 6, he never turned up to [direct] 7 and 8, and they're the ones that I did, so we're destined to do something bigger."

Statham adds, "It’s great to work with Vin [Diesel]...I've made some great friends on that movie, and I really love the film franchise itself. I think it's a global success for all the right reasons. To be a part of it is just a great privilege. So if they want me in the next ones, I'll be there."

Statham says there will be a sequel to Hobbs & Shaw -- no surprise, considering it made nearly $760 million worldwide. He'll next be seen in May 7th's action pic Wrath of Man, which reunites the actor with his friend and Snatch director Guy Ritchie.