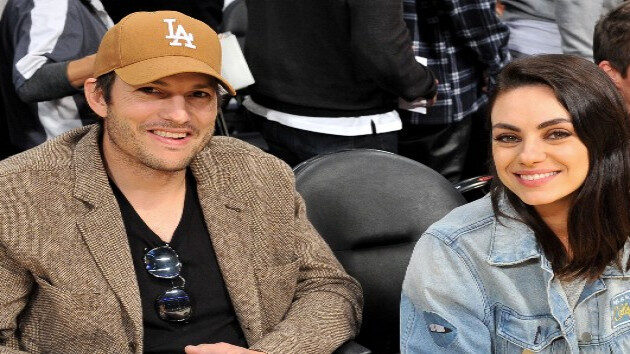 While most know that Ashton Kutcher and Mila Kunis have been married for nearly 10 years, you may not know that Kutcher is a pretty savvy investor.

In fact, he parleyed some of his acting fortune to get on the ground floor of now enormous companies like Airbnb and Uber, and was an early investor in the cryptocurrency Bitcoin.  As of today's trading, a single Bitcoin is worth more than $56,000.

While Mila does advise him on various investments, she told Stephen Colbert's The Late Show Thursday night, "He is also really smart at knowing that, sometimes, you shouldn't listen to your wife."

She told Cobert, "Early in our dating...He was like, 'It's kind of like a cab company, but anybody can drive the cab,'" said Kunis, who explained, "My dad in real life is a cab driver and I grew up on tips from a cab driver. I was like, 'That's the worst idea ever.'"

To try to convince her of the fledgling company that became Uber, he ordered her a ride. "I was like, 'You're going to put me in a car with a stranger? What is wrong with you?'" she laughed.

She also recalled him saying, "There's this thing...It's called cryptocurrency, and there's this company' -- this is eight-plus years ago -- 'it's called Bitcoin.'"

Mila laughed at the "horrible idea," explaining, "He said, 'Cool, we're investing in it.' So he didn't listen to me. This happens all the time."

She also didn't get the idea of sleeping on someone else's couch, and that became Airbnb, which she said she uses "all the time," now.

"I've never been happier to be wrong," Kunis confesses.