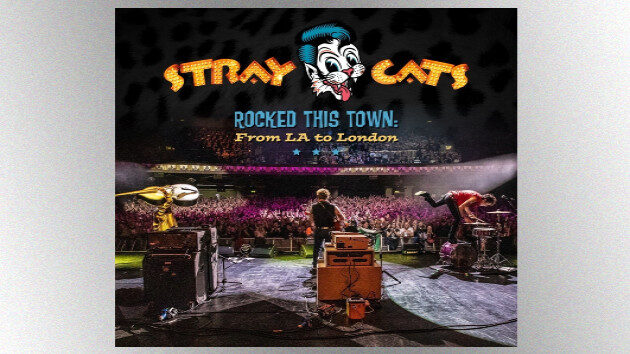 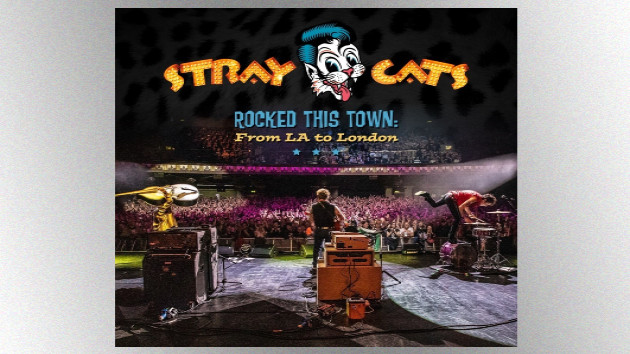 Surfdog Records/BMGThe Stray Cats' recently announced live album, Rocked This Town: From LA to London, which was recorded at various locations during the rockabilly band's 40th anniversary tour last year, gets its release this Friday, September 11.

Rocked This Town features over 20 songs, including renditions of popular Stray Cats tunes like "Stray Cat Strut," "(She's) Sexy + 17," "Rock This Town" and "Built for Speed," plus six songs from the group's 2019 studio album, 40, and a cover of the classic surf-rock instrumental "Misirlou."

"This live record really captures what we are about," says Rocker. "It's our best songs played with sweat, passion and attitude. It's the soundtrack of my life."

Setzer notes that the band's two-and-a-half-month trek "barely made a scratch in the amount of cities that you can visit," so he felt that "we definitely needed a live album so that people who couldn't make our shows could get to experience a Stray Cats show."

Brian adds, "I realized that besides the songs from our new album 40, people were singing along with practically every song. This represented to me that the Stray Cats were much more than hit records. We had created life-long fans."

Phantom, meanwhile, says he thought it was great that the Stray Cats began their concerts with a new song, "Cat Fight."

"[T]hat sets the tone right away that this is not just some oldies, greatest hits gig," he declares. "[T]o open the show with a brand new one is a pretty badass move if you ask me."