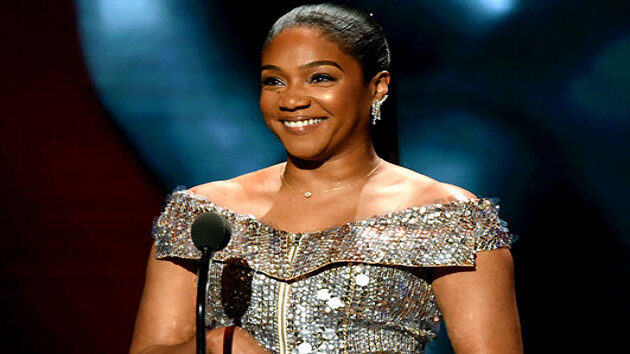 Comedian Tiffany Haddish is opening up about starting her journey to motherhood, revealing in a tell-all interview that she is considering adoption.

Speaking to E!'s Daily Pop, the Girls Trip star revealed the exciting news that she has already taken the first step by telling the outlet, "I’m taking parenting classes now to adopt."

"I want them to be able to know how to use the restroom on their own and talk... I want them to know that I put in the work and I wanted them," the Emmy winner noted.

Haddish also discussed the viability of hiring a surrogate and confessed that she is not open to going down that particular route.

"I don’t wanna pay no body to carry my baby," the Kids Say the Darndest Things host admitted. "’Cause then I have to go through a process of giving myself injections and all that stuff."

Haddish also discussed what would happen should she become pregnant and affirmed that, should she conceive a child with her boyfriend, Common -- they will immediately take a trip down the aisle.

However, even though the two are using protection, Haddish noted that she is unsure if she will ever get pregnant because, "When I was 21, I was really hard up for some money and I gave up a bunch of eggs... So who knows."

She joked that she may already "got some kids out here in these streets" but admitted that, too, is unlikely because "I never got the bonus."