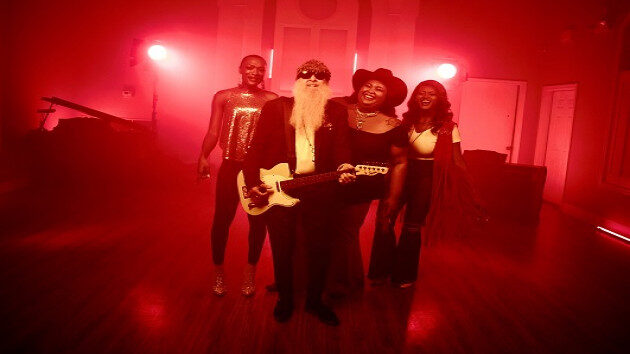 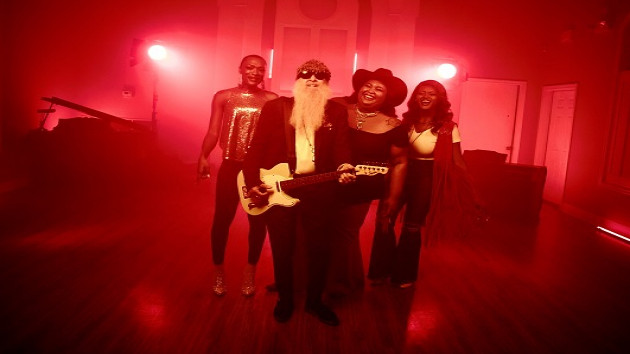 The Rock & Roll Hall of Famer takes on his "Reverend Willy G." persona in the video, appearing as a minister preparing to preside at the wedding of Chapel Hart singer Danica Hart who, sadly, is stood up at the altar.

Gibbons' character then retreats to the church's rectory, where he's stashed a flask of alcohol from which he takes a few sips. Meanwhile, a heartbroken Danica and her wedding party, which includes her two Chapel Hart band mates -- Danica's sister, Devynn Hart, and their cousin, Trea Swindle -- gather outside the church and begin passing a bottle of bourbon around. Billy eventually joins the group, consoling Danica while holding his flask and reading some unidentified scripture from a Bible.

The clip, which you can watch now on YouTube, also features scenes of Gibbons rocking out on his guitar as the trio sings the tune.

"Jesus & Alcohol" is Chapel Hart's debut single. The group came to Billy's attention because they're managed by one of his old friends, veteran producer/engineer Jeff Glixman.

"I was happy to give the ladies of Chapel Hart my benediction in the video as well as in real life," Gibbons says. "They've got the talent so however unlikely this drive to make it in country music may appear, their ability is self-evident and I'm happy to pitch in and shine a light, so to speak."

In real life, Gibbons has been ordained as a minister of the Universal Life Church and has performed at least a dozen weddings, including Joe Walsh's 2008 nuptials to Marjorie Bach, a ceremony attended by Bach's brother-in-law, Ringo Starr.