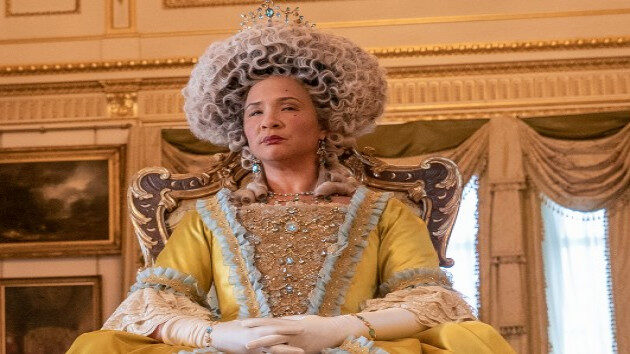 The spin-off will focus on the origins of Golda Rosheuvel's character, but while, "the series will center on the rise and love life of a young Queen Charlotte, it will also tell the stories of young Violet Bridgerton and Lady Danbury," Netflix says.

The company's VP of Content, Bela Bajaria, added in the statement, "Many viewers had never known the story of Queen Charlotte before Bridgerton brought her to the world, and I’m thrilled this new series will further expand her story and the world of Bridgerton."

She added, "Shonda and her team are thoughtfully building out the Bridgerton universe so they can keep delivering for the fans with the same quality and style they love."

As previously reported, a second season of Bridgerton is also already underway, but minus series breakout star Rege-Jean Page, who played the dashing Duke of Hastings.

Bridgerton is based on author Julia Quinn's series of romantic novels, and became a smash hit for Netflix upon its debut in December of 2020.