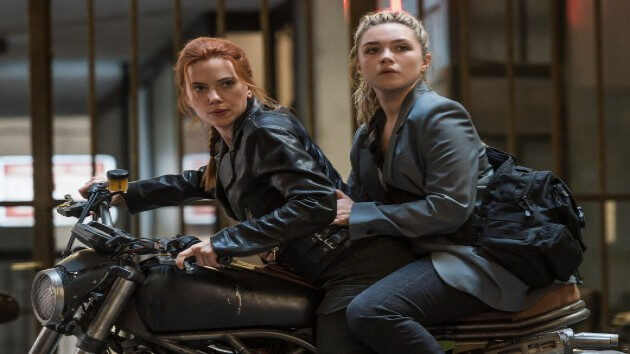 More than a year after its pandemic-delayed original release date of May 1, 2020, fans can finally buy tickets for the next big screen Marvel Cinematic Universe film, Black Widow.

Pre-sale tickets are now available on Fandango -- where you can also see an exclusive new clip of the film.

In the movie, directed by Cate Shortland, Natasha reunites with her adoptive Russian family of fellow assassins: Florence Pugh's Yelena Belova, Rachel Weisz's Melina Vostokoff, and David Harbour's Alexei Shostakov, the latter of whom was at one time like the Soviet version of Captain America, called the Red Guardian.

The band gets back together to dismantle the brutal "Black Widow" assassin training program -- from which Natasha graduated -- and to confront the fearsome villain known as Taskmaster.

The film hits theaters and Disney+ Premiere Access on July 9.

Disney is the parent company of ABC News.