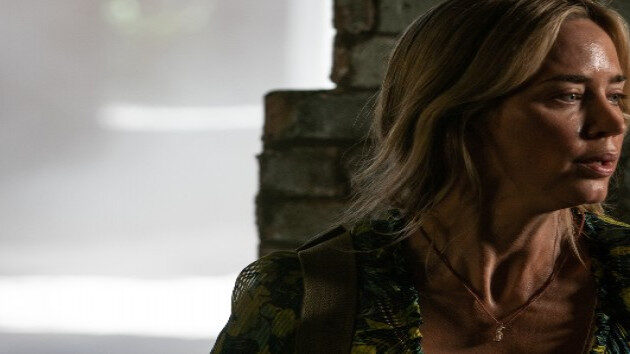 However, it should be noted that the film, starring Anthony Ramos, Melissa Barrera, Leslie Grace, Corey Hawkins and Olga Merediz, simultaneously debuted on HBO Max, which might have stolen potential theatergoers.

In the Heights finished second to A Quiet Place II, which retook the top spot after slipping to number 2 last week. The John Krasinski-directed film, starring Emily Blunt, delivered an estimated 11.7 million.

The film's stateside total now stands at just under $109 million, making it the first film to surpass the $100 million milestone in North America since the COVID-19 pandemic began.

Overseas, A Quiet Place II has racked up just shy of $90.2 million to date, putting its current worldwide total at $199.2 million.

Peter Rabbit 2: The Runaway, the sequel to the 2018 hit kids movie, featuring the voice of James Corden, hopped its way to third place, earning an estimated $10.4 million -- way below its predecessor's $25 million debut.

The Conjuring: The Devil Made Me Do It, which opened at number one last week, slipped to number four this time, grabbing an estimated $10 million.  Globally, the horror film has collected $11.8 million to date.

Rounding out the top five Disney’s Cruella, delivering an estimated $6.7 million in its third week of release; the film is also being viewed on Disney+ Premiere Access.  Its worldwide total now stands at $129.3 million.  Disney is the parent company of ABC News.