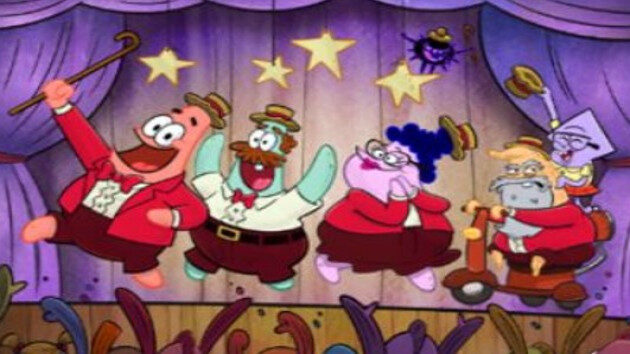 Fans of SpongeBob Squarepants rejoice: The absorbent and yellow and porous character's best friend, Patrick Star, is getting his own show that will premiere July 9.

Nickelodeon has released the first trailer for The Patrick Star Show, and it seems the Paramount+ series will track the affable echinoderm's entry into the world of show business.

Bill Fagerbakke reprises his role as the voice of the titular pink starfish. The show also will feature Tom Wilson voicing Patrick's dad, Cecil Star, and Cree Summer as Patrick's oddball mom, Bunny, as well as his genius grandfather GrandPat, voiced by Dana Snyder, and Patrick's kid sister Squidina, who is played by performer Jill Talley.

Naturally, other members of the SpongeBob gang also will appear in the new series -- the second small-screen spin-off from the flagship, which was created by the late Stephen Hillenburg, who died of ALS at age 57 in 2018.

Clancy Brown, who recently appeared in the Oscar-winning Promising Young Woman, has played irascible Mr. Krabbe since the original show's launch in 1999. He tells ABC Audio that the SpongeBob franchise is a tribute to its creator.

"SpongeBob is the most amazing wave of all," the veteran character actor marvels. "Steve Hillenburg created something just completely magical and original and has lasted forever and will continue to last forever."

Brown says he's "really happy that it's getting expanded into different iterations with [the spin-off] Kamp Koral and the movie and The Patrick Show and all that stuff...You know, it's about time that that happened, and we're having a lot of fun with it."

He adds of the creative team, "So we're all keeping Steve near and dear to our hearts, and we're making these things, and we love doing it."