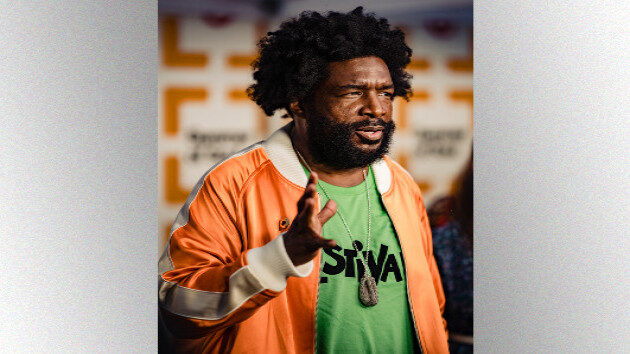 Dave Chappelle officially closed out this year's Tribeca Film Festival with the world premiere of his new documentary Dave Chappelle: This Time This Place.

Chappelle, who spoke to a packed -- but vaccinated audience -- shared his condolences to the thousands who attended the screening on Saturday night, which was held at the newly reopened Radio City Music Hall, the first event there since the pandemic.

“I’m so sorry if you lost someone, or lost something, during this pandemic," the comedian said before opening up his doc.

Directed by American Factory Oscar winners Julia Reichert and Steve Bognar, who also happen to be his real-life neighbors, Dave's film follows his pursuit to hold a series of outdoor comedy shows in the small town of Yellow Springs, Ohio during 2020. The doc also shares his emotional reaction to the killing of George Floyd as well as the challenges to keep his comedy shows going during the pandemic.

Also during the weekend, The Roots' own Ahmir 'Questlove' Thompson introduced his directorial debut, Summer of Soul, at the amphitheater at Marcus Garvey Park in Harlem. The new doc, coming to the theaters and Hulu on July 2, chronicles the 1969 Harlem Cultural Festival, a series of concerts that took place over the course of several weekends.

Like the original series of shows, the star-studded event was also free for the community with scheduled performances held after the premiere.