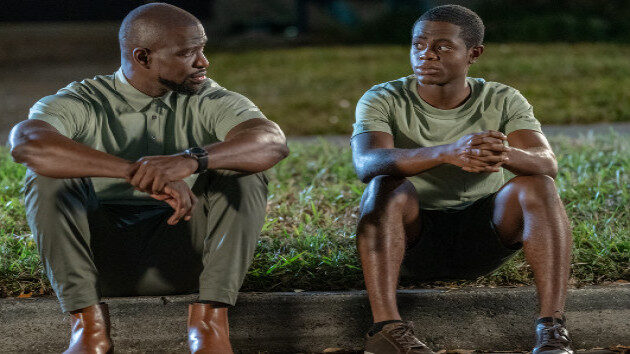 Kwame Patterson has found the perfect role to show his range as an actor in the Peabody Award-winning original OWN series David Makes Man.

In the second season, Patterson steps into the shoes of an adult David, a now successful businessman in his thirties. Patterson, who is known for featured roles on The Wire and more recently Snowfall, says getting the opportunity to play such a complex and "vulnerable" character was extremely fulfilling.

"I play a lot of gangsters on TV... a lot of bad guys, drug dealers and stuff like that," Patterson tells ABC Audio. "So a chance to play a strong Black man who is comfortable with being vulnerable and expressing his emotions, drew me to that character because I've never had a chance to play anything like that."

In season one of the series, fans were first introduced to Akili McDowell as the anxious 14-year old David, a gifted middle school student navigating an uncertain life in urban South Florida. Patterson says that even though his character is all grown up, David still "struggles" with opening up about the traumas of his past.

"But, he still does it. He just does it in his own way," Patterson says of the adult character. "He still expresses emotion. He still deals with his vulnerability in his own way. [And] that was the thing that like really drew me to that to the character. Because I was like, 'Man, this is going to be such a challenge. And I'm just excited to take on that challenge.'"