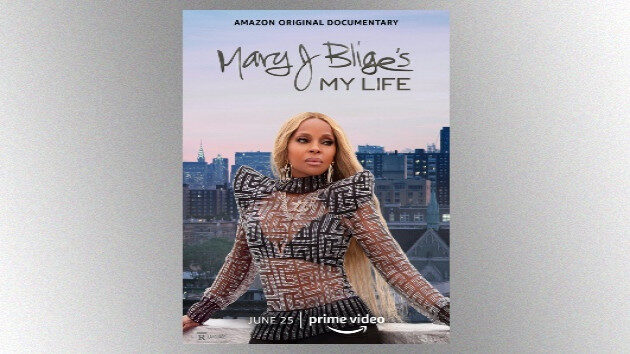 Mary J. Blige’s My Life explores the life of nine-time Grammy winner Mary J. Blige leading up to the making of her Grammy-nominated 1994 album, My Life.

In the documentary, from Oscar-winning filmmaker Vanessa Roth, the queen of hip-hop and R&B will touch on her early years growing up in Yonkers, New York and her relationship with late music executive Andre Harrell, who signed Mary to Uptown Records as a backup vocalist in 1989.

After releasing her debut album, What's The 411? years later, Blige started working on her sophomore album, My Life. Executive-produced by Sean "Diddy" Combs, My Life went onto earn a Grammy nomination for Best R&B Album, spawned two Billboard Hot 100 hits and was certified triple Platinum by the RIAA in 1995. The album also debuted at #1 on the Billboard Top R&B/Hip-Hop Albums chart.

Blige will perform "I'm Goin' Down," "Be Happy" and more songs from My Life album live for the first time during Mary J. Blige’s My Life, in celebration of the album's 25th anniversary last November. When ABC Audio spoke with Blige last year, she shared that the documentary could easily be viewed as an autobiography.

"There’s a lot that comes with that, so it could almost be borderline autobiographical, but it’s not," Blige said. "Because there’s so much that comes with the My Life album, so many fans, and that’s what started the movement."