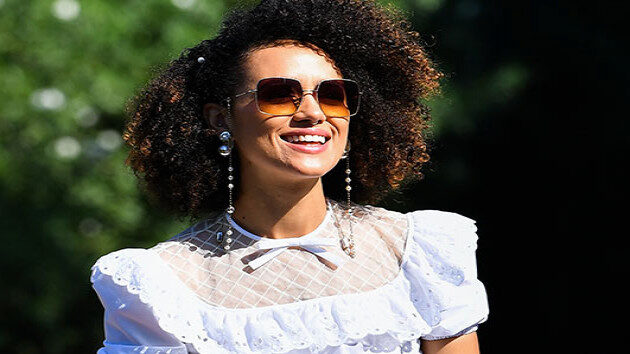 British actress Nathalie Emmanuel is excited for young, Black girls to watch her starring role on F9, the latest film in the Fast & Furious franchise. The actress, who plays the daring Ramsey, explained why it's important for children of color to see themselves represented on screen.

"It’s always really heartwarming when someone comes up to me and they say 'My daughter hated her hair, she hated her skin, she hated these things about herself and she saw you and now she loves herself,'" the 32-year-old actress tells Essence magazine.  "It literally makes me want to cry because I was that little girl so the fact that I can be that for someone else is lovely."

The Game of Thrones alum also touched upon a lack of representation in the entertainment industry in her home country of England.  "The British industry hasn’t always embraced us," she remarked. "So many Black mixed people like myself have come out to America because the opportunities just weren’t here for us. What’s happened is a lot of talent has been lost to the states."

Emmanuel, who says she has St. Lucian, Dominican and British ancestry, admits she "took a risk" by deciding to audition for American productions.  But she says she's glad she did, as it led to her securing leading roles in Game of Thrones and the Fast & Furious franchise.

"I’m really, really proud of that and the fact that the universe has decided, 'Nathalie, this is going to happen,'" she beamed. "It’s surreal. I pinch myself regularly."

F9 is in theaters now.