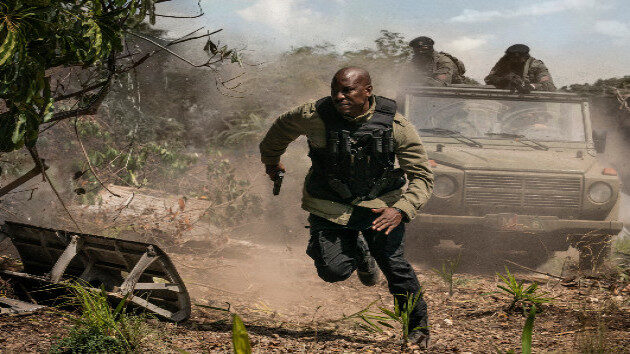 Fast & Furious franchise star Tyrese Gibson has a pretty good grasp on his unfiltered character Roman Pearce, an ex-offender and loyal member of Dominic Toretto's criminal heist group. Considering it's been 18 years since he first took on the role in 2 Fast 2 Furious, Gibson now says that the Roman featured in F9 is basically unscripted.

"It's definitely me," Gibson tells ABC Audio. "What happens at this point is that the writers will come up with some ideas and they'll put down their best, they send it to me, and then I go in there and tweak it and make all my changes, [telling them,] 'This is what I would actually say. This is what I would actually do.' And they basically just cut and paste it and drop it into the film."

While that seems simple enough, Tyrese says even that rewrite of the script may not even make the final cut.

"Even after I do that, once I get to the set and I see the actual scenario -- we all improv and come up with stuff on the fly," he reveals. "And then it just kind of happens."

Thankfully for Tyrese, the improvisation is exactly what producers want. The singer-actor jokes that being so unscripted allows his "very intense" Capricorn personality to really let loose.

"Roman has given me an opportunity to still have fun," Tyrese explains. "Because otherwise, everything is super deep and intense and serious in my head. And when you look my name up, it doesn't say slice-comedian. [But] I'm like the comic, or the comedic humor in the franchise...yet, I'm still not considered a comedian."

He says that's something that should be corrected, quipping, "So somebody needs to update my damn Wikipedia page."

F9: The Fast Saga is now available in theaters nationwide.