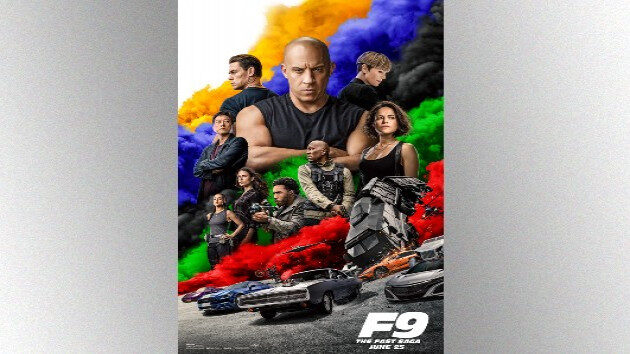 It’s expected to have the biggest opening weekend since the start of the pandemic -- the Fast and Furious movie F9 in theaters today. And one of its stars, Helen Mirren, tells ABC Audio she’s thrilled you’ll get to see it in a theater, the way it was meant to be seen.

"The sound is so spectacular around you, the surround sound, the screen is enormous screen and the quality of the filming and the subtleties in the stunt work and so forth, you know, it's extraordinary," Mirren, 75, explains. "On the big screen, you see things that you just don't see on a small screen."

The Academy-Award winner adds that F9 will probably be the first film she has seen in a theater since the beginning of the pandemic.

"I can't wait to line up and get my ticket and walk into that darkened space and enjoy a movie with an audience," she shares. "I think a movie like Fast and Furious in particular, has to really has to be enjoyed with an audience, because part of it is, is the audience reaction. You know, the shouts and the laughter, and the talk back to the screen. And so it's a real sort of communal experience and that's exactly how it should be."

Even though Mirren is excited to get back to theaters, she shares she has loved some streaming over the last year. Admitting she's "often" stayed up until the wee hours of the morning watching five or six episodes because "I just gotta know what happens next," Mirren says, "I definitely, I've enjoyed a lot of streaming. Absolutely."