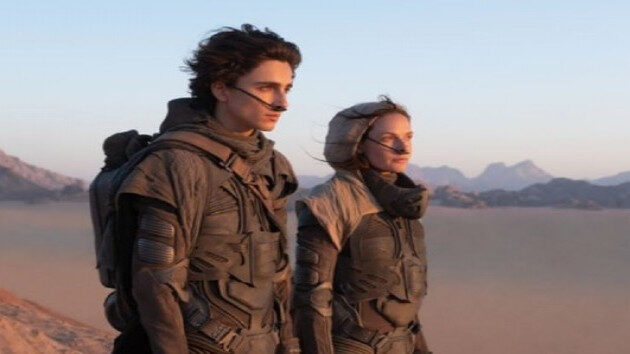 According to Deadline, Warner Bros. is pushing back Dune’s debut three weeks, from October 1 to October 22. It’s still being released both in theaters and on HBO Max.

Warners Bros. also announced the reshuffling of two other films. The David Chase-produced The Many Saints of Newark will take October 1 spot, switched from its most recently scheduled September 24 release date.

And Clint Eastwood’s Cry Macho, which had been initially slotted for October 22, will now be bumped up to September 17.

Dune, based on Frank Herbert's 1965 sci-fi novel and starring Timothée Chalamet, was originally planned for a 2020 release but the pandemic bumped it to this year.