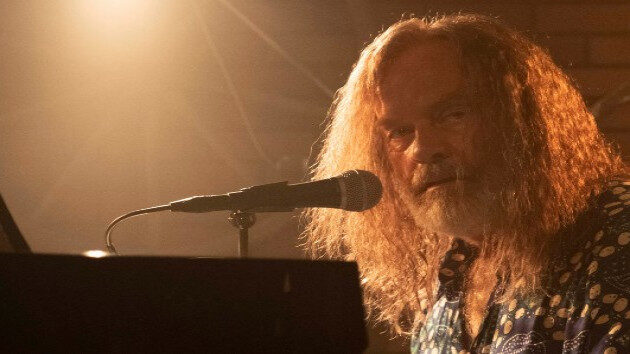 Fans of Frasier know that star Kelsey Grammer sang the show's eccentric "Tossed Salads and Scrambled Eggs" theme song, but the Emmy winner got to be the rock star he always wanted to be in the new coming-of-age dramedy The Space Between.

Set in the '90s, the film, now available On Demand, has Grammer playing Micky Adams, an eccentric one-time rock star who is all but forgotten and exiled in his Los Angeles estate. An ambitious young record company employee, played by Jackson White, is tasked with meeting the star to try to get Micky out of his still-lucrative contract, but ends up developing a friendship with Adams, and inspiring the star to find his voice again.

All the songs in Micky's catalog -- allegedly spanning through surf-rock of the '60s through the '70s -- were performed by Grammer, and written by Weezer's Rivers Cuomo. "It was really fun," Grammer tells ABC Audio.

"You know, I started out singing, so it was fun to...kind of be the guy I wished I could have been even when I was younger. I mean, every kid wants to be a rock 'n' roll star, you know?" he adds with a laugh.

Grammer says he was inspired in part by a close friend of his, Ray Kennedy, who co-wrote songs for acts including The Beach Boys and The Babys.

However, Kelsy's look in the film -- long hair, often shirtless -- had a different inspiration: "A Robert Plant derivative with a little more weight than Robert carries around with him," says Grammer.

He reveals that he actually knows the Led Zeppelin frontman, and sent him a picture of his character. Grammer says Robert's response was, "Well, I hear the old man's looking for a lead singer," presumably referring to Jimmy Page.