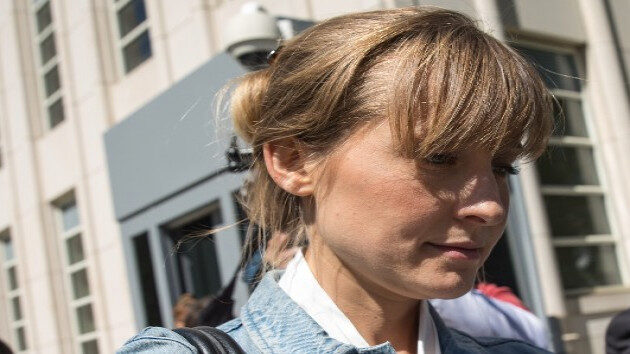 Former Smallville star Allison Mack was sentenced to three years in prison and a $20,000 fine in connection with the NXIVM case.

Mack was arrested in 2018 for her involvement with the self-styled self-help group; she pleaded guilty to blackmailing women and subjecting them to sexual humiliation after recruiting them for leader Keith Raniere.

Raniere was convicted of sex trafficking, keeping women on starvation diets and branding them with his initials, endured as a proof of loyalty to the group's leader.

Recruits to the subgroup of NXIVM were required to provide "collateral," including damaging confessions about themselves and loved ones, rights to financial assets and sexually explicit photographs and videos to prevent them from leaving the group or disclosing its existence to others, prosecutors said.

Mack had asked to be spared prison time and instead sentenced to home confinement or probation. While that was denied, she could have faced up to 17 years behind bars in connection to the scandal -- but she agreed to cooperate in the case against Raniere, earning leniency from prosecutors.

"Allison Mack has turned her life around and earnestly dedicated herself to rehabilitation, renunciation of Keith Raniere and those who supported him, and making amends," her defense attorney William McGovern wrote in a sentencing memorandum. "She is now well on her way to once again being a productive member of society."

Mack had provided a recording of Raniere, that prosecutors said served as crucial evidence at trial of his role in devising the brutal branding ceremony.