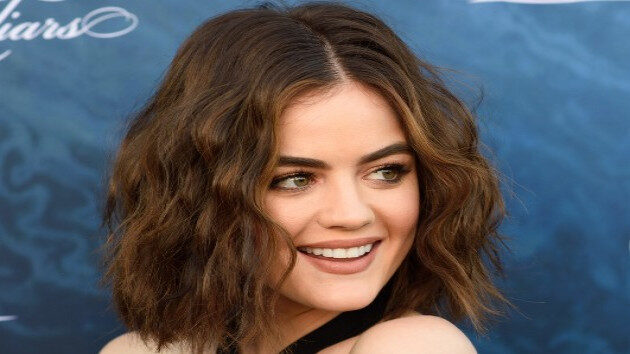 Lucy Hale, who recently celebrated Pretty Little Liars' 11th anniversary, wishes nothing but the best for the show's upcoming reboot.

Speaking with ABC Audio, the actress weighed in on Pretty Little Liars: Original Sin -- a reboot that comes not even four years after PLL aired its final episode on Freeform.

"I personally don't have a problem with it. This is the honest truth," said Hale, who starred as Aria Montgomery in the original series. "I'm very curious to see what it is even going to be [about]... I don't know if it's the same characters or the same storyline or what's even happening!"

"I love Pretty Little Liars, so I think I'll like the reboot," Hale continued.  "I wish them well. I truly do. I hope it's a major success."

Hale, 32, noted that reboots allow new actors to get their start in Hollywood and, as a reminder to PLL fans, referenced her own big break.

"I've been a part of reboots, I did the Bionic Woman reboot," she explained, referring to the 2007 re-do of the series that originally ran between 1976 and 1978.  Hale played Becca Somers, the teenage sister of the titular character.

"I know some friends that have been a part of reboots and got trashed for even being a part of it, but I think as an artist, you always have to be supportive of other people," Lucy continued.

"I think a lot of people will be discovering it for the first time, too, like they won't even know the original people, which is really funny," she smiled. "I only have well wishes for everyone involved."