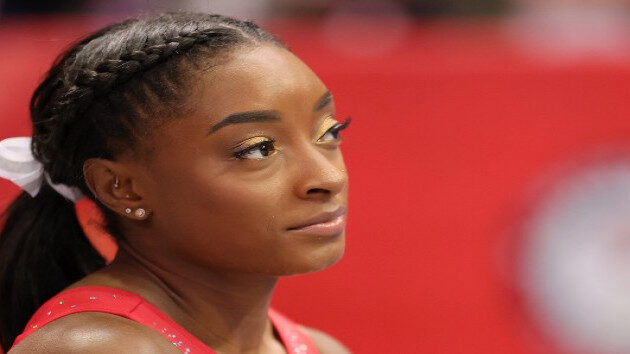 Nassar was sentenced to 40 to 175 years in prison for sexually assaulting hundreds of girls and women under the pretense that he was treating them -- including Biles, who is considered by many to be the greatest gymnast of all time.

The athlete reveals she was in denial, which is why when hundreds of victims initially came forward to accuse Nassar, she wasn't among them.  But Biles explains she was driving on a highway in Texas when she finally was able to admit to her mother that she, too, was one of Nassar's victims.

"I just remember breaking down and calling my mom," says Biles. "She told me to pull over. She was like, 'Can you drive?' because I was crying so hard."

Previously, Nellie said, "[Simone] would be very angry when I would ask her anything. So I just gave her her space until she was ready to talk about it."

Biles reflects, "With gymnasts, if you get injured...your 'heal time' is four to six weeks. But then with something so traumatic that happens like this, there's no four to six weeks! ...There's like actually no time limit or healing time for it. So you just take it day by day."

She continues, "It's okay to say 'I need help,' and there's nothing wrong with that. And I feel athletes are coming out of the woodworks and telling people, 'It's OK.'"

While Biles was hesitant to come forward, she eventually did, in January, 2018, in a lengthy statement she posted on social media.

"I knew that it would help others, and that's why I did it -- to let them know they are not alone," Biles says in the video.

If you are struggling with thoughts of suicide, or worried about a friend or loved one, help is available. Call the National Suicide Prevention Lifeline at 1-800-273-8255 [TALK] for free confidential emotional support 24 hours a day, 7 days a week. Even if it feels like it, you are not alone.