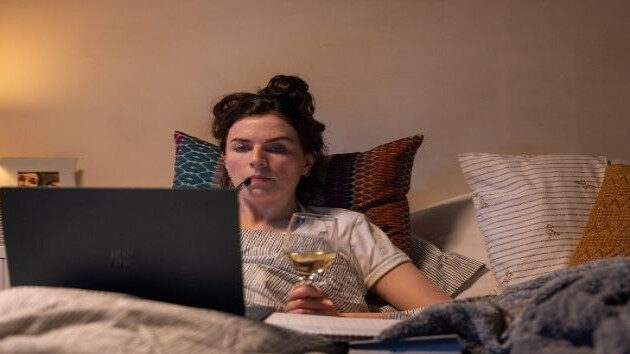 While the world seemingly slowed to a halt during the COVID-19 pandemic, Irish comedian Aisling Bea spent lockdown hard at work writing the next season of This Way Up.

Bea, 37, spoke with ABC Audio about her critically acclaimed comedy series that she wrote and stars in, which airs its second season tonight on Hulu.  The stand-up comedian said writing the next installment during the early days of lockdown allowed her to explore more than just her emotions, but understand what the world was experiencing.

"If the theme of the first series is loneliness, the second one is words and communication, and how we miss each other," said Bea. "And what we don't know that one person might say and how you read it and how that affects relationships."

Beyond writing the second season during a global pandemic, the actress confessed it wasn’t easy to shoot, either.  She said a good chunk of their budget and time was eaten up by necessary COVID protocols, which meant the crew had less to spend on filming.

"Sometimes in a day I would do scenes where there might be a suicide scene, Aine being the funniest in the world, and a sex scene... All in one day," she recalled. "There's no processing time... And from a creative point of view, I got through it. But it wasn't pleasant."

While unable to tease too much about This Way Up's second season, Bea revealed what she focused on when writing the series.

"Don't make it a TED talk. I love TED talks, but there's moments I realize 'Ooh... I've accidentally made this a TED talk,'" she remarked, adding that, despite the upcoming serious moments, season two will be "entertaining."

This Way Up season 2 is streaming now on Hulu.