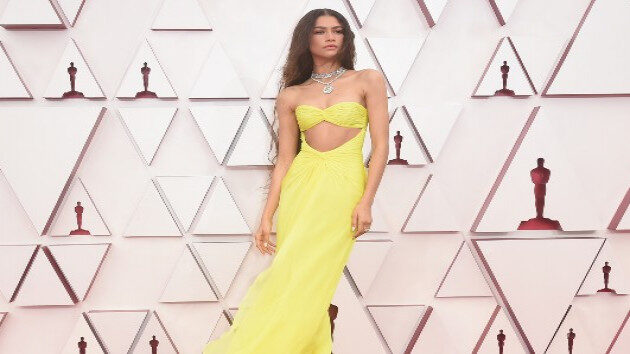 Ahead of the Marvel Cinematic Universe's upcoming third Spider-Man movie, Zendaya is weighing in on the possibility of a fourth installment.

Speaking recently with E! News, the 24-year-old actress -- who stars as Spider-Man's, a.k.a. Peter Parker's, love interest, Michelle "MJ" Jones -- admitted she has no idea what's next.

Confirming that the third movie, Spider-Man: No Way Home, recently wrapped filming, Zendaya expressed, "It was so much fun. It was just kind of bittersweet."

The upcoming Space Jam: A New Legacy star added that neither she nor the cast "know if we’re going to do another one, like, is it just going to be three and done?"

"Normally you do three movies and that’s pretty much it," Zendaya explained. "I think we just were all absorbing and taking the time to just enjoy the moment being with each other and being so grateful for that experience."

Noting she did the first movie when she was 19, the actress continued, "It's pretty special to have grown up all together and be apart of another legacy."

"There's been so many different Spideys before us," Zendaya added, referencing the past Spider-Man incarnations played by Tobey Maguire and Andrew Garfield. She feels "very, very lucky" to have been part of the latest Spider-Man franchise, which stars her rumored boyfriend Tom Holland as the webslinger.