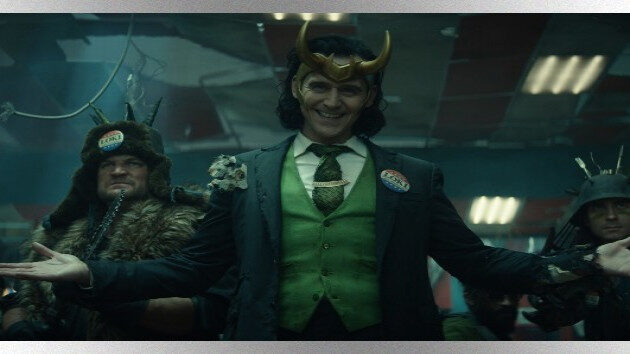 Get ready for more Loki.

Fresh off of Tuesday's 28 total Emmy nominations for Disney+'s WandaVision and The Falcon and the Winter Soldier, Marvel Studios just made more television news when Wednesday's season finale of Loki closed with this after-credits mention: "Loki will return for season 2."

This was the first time the studio confirmed one of its Disney+ projects would return for a sophomore frame. Previously, Marvel Studios head Kevin Feige explained that the events of the two previous hit shows would play out on the big screen, first with Emmy-nominee Elizabeth Olsen's Wanda Maximoff's appearance in Doctor Strange and the Multiverse of Madness in 2022. He did, however, claim "there will be other places" the story could continue, without elaborating.

As for The Falcon and the Winter Soldier, that show ended with Anthony Mackie taking up the mantle of Captain America, setting the stage for an in-development fourth Captain America film.