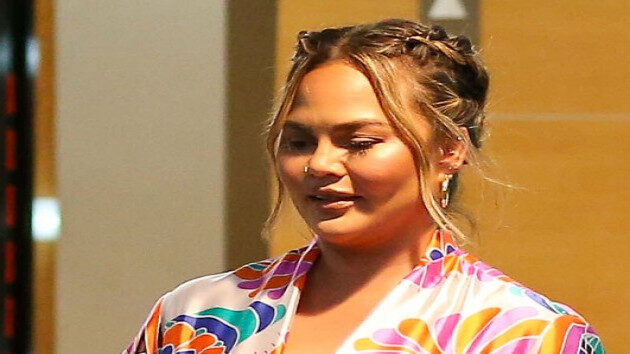 (NOTE LANGUAGE) Chrissy Teigen is offering up her honest thoughts about being cancelled.  The media personality fell from grace after it was discovered she sent messages urging a then-teenaged Courtney Stodden to kill themselves.

Since then, the former model remained silent on social media, but on Wednesday, she addressed fans for the first time on Instagram and discussed what she's learned in "Cancel club."

"I don’t really know what to say here," Teigen began, "just feels so weird to pretend nothing happened in this online world but feel like utter s*** in real life. Going outside sucks and doesn’t feel right, being at home alone with my mind makes my depressed head race."

"I feel lost and need to find my place again, I need to snap out of this," she continued. "I desperately wanna communicate with you guys instead of pretending everything is okay."

Teigen, who is the wife of singer John Legend, added, "Cancel club is a fascinating thing and I have learned a [whole] lot." She said the important takeaway is that she fully understands she had "clearly done something wrong."

"It just sucks. There is no winning," the Bring the Funny alum admitted. "I just needed an honest moment with you because I’m just...tired of being sick with myself all day. I don’t even know if it’s good to say any of this."

Expressing concern that her latest admission will be "brutally picked apart," Teigen said she can no longer remain silent.

She concluded, "If you or someone you know has also been cancelled please let me know if there is a cancel club reunion because I could use some time off my couch!"