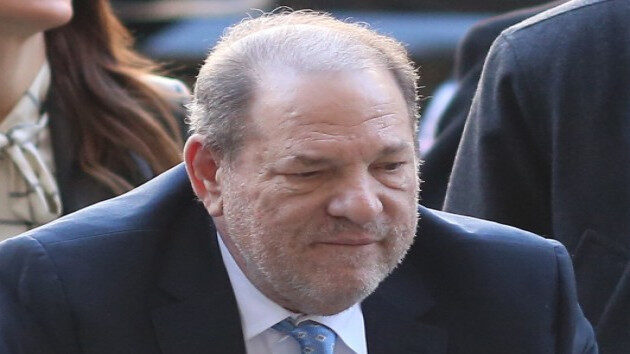 Disgraced film producer Harvey Weinstein was extradited Tuesday morning to California, having been extradited to face sex assault charges there.

Weinstein was taken from New York's Wende Correctional Facility, where he's been serving a 23-year prison sentence for rape and sexual assault in Manhattan, and "was handed over to the appropriate officials for transport to the state of California per a court order," according to a statement from the New York State Department of Corrections and Community Supervision.

Weinstein's lawyers had argued that the former movie mogul has been suffering from physical ailments that left him in no condition to be extradited, but a judge denied the petition to stay the extradition.  The Los Angeles District Attorney charged Weinstein with rape in January 2020, just as his trial was beginning in New York.

In Los Angeles, Weinstein's charged with four counts of rape, four counts of forcible oral copulation, two counts of sexual battery by restraint and one count of sexual penetration by use of force. The counts involve five women and stem from alleged events in Los Angeles and Beverly Hills that took place from 2004 to 2013.