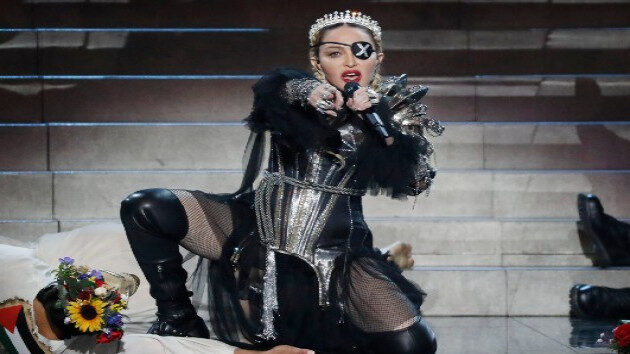 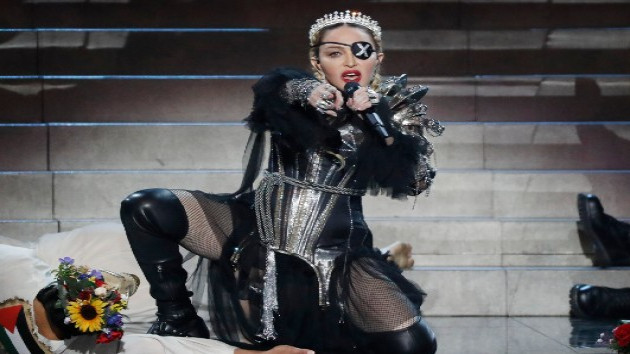 Michael Campanella/Getty ImagesNow that it's been officially announced that Madonna is directing and co-writing her own biopic, the race is on to see who will star as the Queen of Pop in the film.  While there are rumors that Ozark star Julia Garner is getting the part, Billboard is now running a poll asking fans who should play one of the most influential and successful artists of all time.

Among the choices: Miley Cyrus, who occasionally looks like Madonna in photo shoots; Paris Jackson, the daughter of Madonna's late friend Michael Jackson; and young actresses ranging from Florence Pugh and Margot Robbie, to Amanda Seyfried and Riley Keough, who's Elvis Presley's granddaughter.

Singers Taylor Momsen and Ava Max are also on the list, but it seems fans overwhelmingly prefer one star: Lady Gaga, who has a 37% lead in the voting.

If that were to happen, it would be ironic, considering Madonna was initially dismissive of Gaga, accusing her of ripping off "Express Yourself" for her hit "Born This Way," and calling her music "reductive."

In her 2017 documentary Five Foot Two, Gaga says of the Material Girl, "I admired her always. And I still admire her, no matter what she might think of me."

"But no matter how much respect I have for [Madonna] as a performer, I could never wrap my head around the fact that she wouldn’t look me in the eye and tell me that I was reductive… I saw it on f**ing TV," Gaga continued. "It’s like a guy passing me a note through his friend: ‘my buddy thinks you’re hot.’"