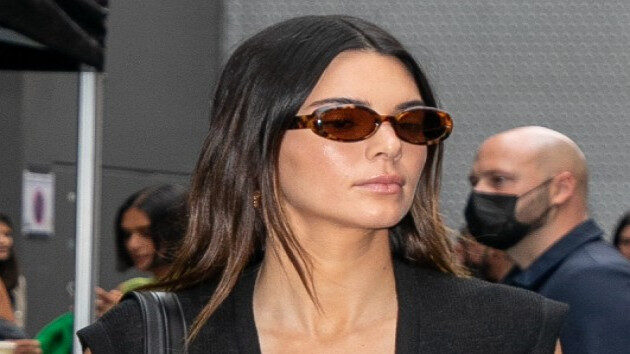 Kendall Jenner may be heading to court for allegedly failing to show up to a photoshoot and now faces a nearly $2 million lawsuit.

E! News reports that fashion company Liu Jo filed a lawsuit against Jenner on Monday, accusing the model of breach of contract for failing to show for a gig and claiming they've already paid her $1.35 million.

Liu Jo states they paid Jenner for two photoshoots and that she failed to show for the last one.  The first photoshoot was held in July 2019 and the second was was initially slated for March 2020.  The company admits the COVID-19 pandemic prohibited her from flying to London for the second shoot and both parties agreed to postpone the date.

The suit claims the reality star then "ceased responding to Liu Jo" when attempting to set a new date. The company then, according to the legal docs, "informed her that it considered her in breach of the contract and that, therefore, the contract was terminated."

The company also states it had "no success in obtaining a refund" from Jenner, saying she has yet to pay back the amount for not attending the second shoot.

In all, Liu Jo is seeking $1.8 million in damages, claiming her "refusal to negotiate" forced the company to hire new models "and restructure its entire Spring/Summer 2021 photoshoot... due to Ms. Jenner's refusal to uphold her end of the bargain."

Jenner's reps, The Society Management, dismissed the suit when speaking to E!, and claimed, "This suit is without merit. The Society Management, on behalf of Ms. Kendall Jenner, has continually offered Liu Jo alternative dates and locations to fulfill an agreement that was forced to be delayed because of the coronavirus pandemic."