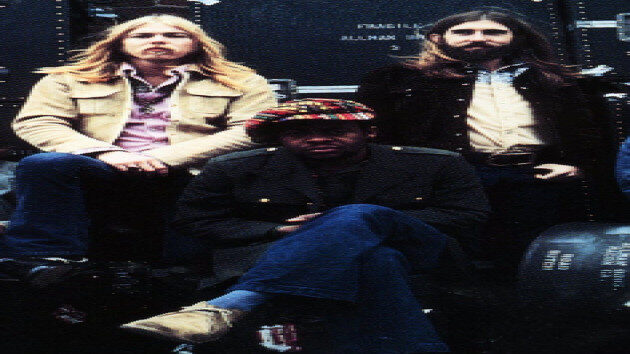 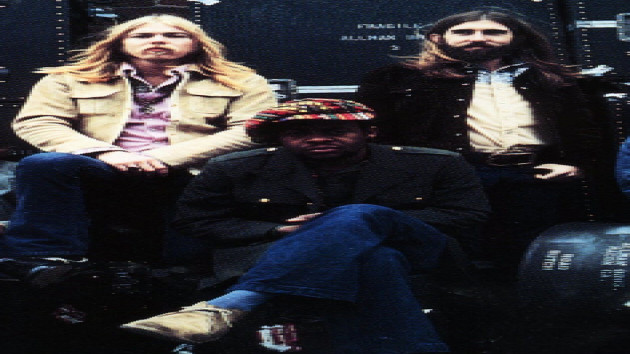 GAB Archive/RedfernsThe Allman Brothers Band will releases two archival albums on October 16, one boasting a recording of guitarist Duane Allman's last concert with the group and the other documenting a 2005 show in Erie, Pennsylvania, Relix reports.

The first release, titled The Final Note, features an October 17, 1971, performance held at Painters Mill Music Fair in Owings Mills, Maryland, that took place just 12 days before Duane was killed in a motorcycle crash at age 27.

The show was captured on cassette by an 18-year-old radio journalist named Sam Idas who was there to interview the band.

"My only intention was to record the interview," Idas explains in a press release. "This was a brand-new cassette recorder with an internal microphone, and I had one 60-minute cassette tape. I was sitting there with the recorder in my lap, and I remember thinking…'I can record the concert!' It was a totally spontaneous decision."

The press release notes that Idas had forgotten about the tape until a few years ago, when an old roommate asked him if he still had it.

Among the songs that The Allmans played at the concert were "Statesboro Blues," "One Way Out," "In Memory of Elizabeth Reed" and "Whipping Post."

The second release was recorded on July 19, 2005, at the Warner Theatre in Erie, and features the Allman Brothers Band's final lineup.

The performance included covers of The Band's "The Night They Drove Old Dixie Down," Van Morrison's "Into the Mystic" and Bob Dylan's "Don't Think Twice, It's All Right," the latter of which featured a guest appearance by guitarist Derek Trucks' wife, Susan Tedeschi.