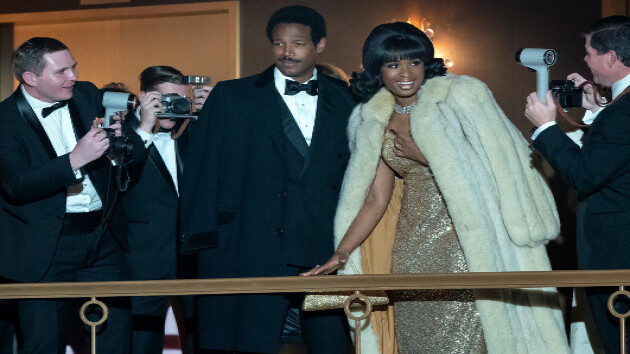 Marlon Wayans says he wanted to give Aretha Franklin's first husband and manager Ted White a little R-E-S-P-E-C-T when he channeled him in the new biographical drama, Respect. Unfortunately for the actor, that wasn't an easy task.

Wayans says before he decided to take his own "creative license" to portray the accomplished songwriter, he first tried to "reach out to Ted" to get his perspective -- "but Ted didn't want to talk."

"So, I...based [Ted] on a minute-and-a-half interview I saw with him and Aretha," Wayans says. "And from there, I started thinking about the psychology of a guy like Ted, because as much of a devil [that] he was, there was something angelic about him. And so I focused in on not him being all good or all bad, but sometimes he couldn't keep his bad under control."

To that end, Wayans says he formed a back story for White that helped explain his harsh behavior.

"And I focused on him maybe having... mommy issues and a lack of appreciation for women," he shares. "And...even pimps and guys like that, they're not bad people. They're hurt people."

Wayans continues, "Damaged people damage people. And so I wanted to protect that little nugget of innocence in him, because I think in order to make a great bad guy -- you've got to love him and you got to hate them."