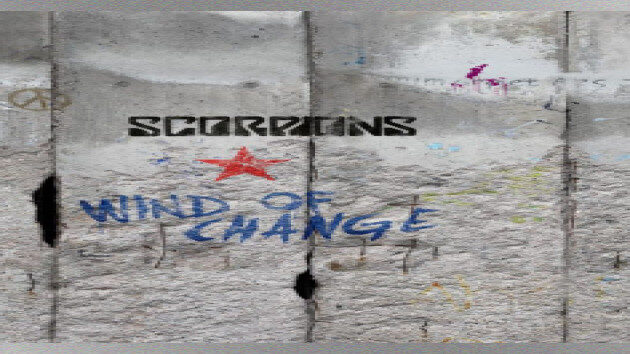 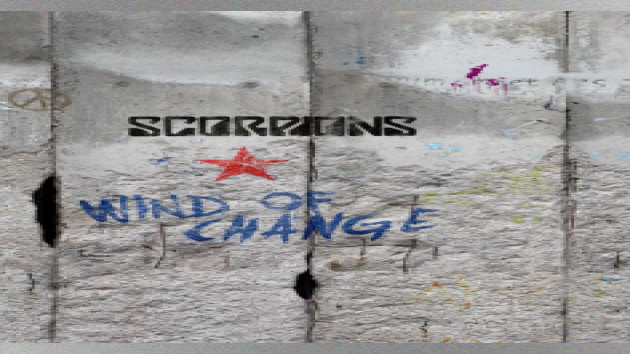 Courtesy of ScorpionsThis November marks the 30th anniversary of the release of The Scorpions' Crazy World album, which featured the band's classic power ballad "Wind of Change" celebrating the fall of the Berlin Wall and the end of the Cold War. Now, the famed German hard rockers have unveiled plans for a special box set dedicated solely to "Wind of Change" that will come packaged with an actual piece of the Berlin Wall.

Wind of Change: The Iconic Song will be released on October 3, and will feature five different versions of the tune, both on CD and 12-inch vinyl disc, as well as a uniquely crafted piece of the wall customized with a red "Wind of Change" star and a handwritten lyric from Scorpions frontman Klaus Meine.

The box set also will feature an 84-page hardcover book, rare Scorpions photos from the period, an interview with Meine and material from the singer's private archives.

The versions of "Wind of Change" featured in the collection are the original album version, a rendition recorded with the Berlin Philharmonic, ones in Russian and Spanish, and an unreleased demo recording by Meine.

Meine wrote the song after being inspired by his experience of performing with The Scorpions at the Moscow Music Peace Festival in 1989.

"When we came on stage in the Lenin Stadium and started our show by playing 'Blackout,' all the Red Army soldiers, who function as security, threw their hats and jackets in the air, turned to us and became part of the crowd," Klaus recalls. "The world was changing right in front of our eyes…It was indescribable!"

"Wind of Change" is The Scorpions' biggest hit, reaching #4 on the Billboard Hot 100, and #1 in numerous countries.

You can pre-order the box set now exclusively at TheIconicSong.com.