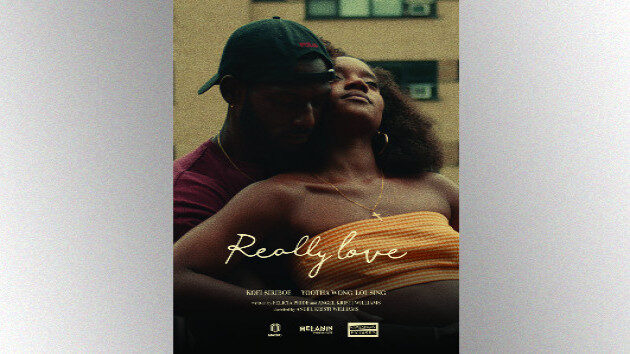 Kofi Siriboe and Yootha Wong-Loi-Sing say they both found a deep connection to their Really Love characters in the Angel Kristi Williams-directed film.

Wong-Loi-Sing tells ABC Audio that playing the ambitious law student Stevie, a young woman who's trying to find herself amid falling in love with an up-and-coming painter, was something that excited her as an actor.

"One of the reasons why I was attracted to Stevie's character was the very clear dilemmas that she's dealing with," she says. "It's thinking you're ready to love, but maybe not always having the right emotional skills."

Those dilemmas, although not hers, were things that Wong-Loi-Sing says were "very real" to her as a woman who's also navigated the real emotions of love.

"Sometimes, I can be a little pretentious," she reveals. "And a little arrogant in thinking like I'm the best communicator, when the whole point is that it's not about how you communicate, but to what extent you're able to resonate, or say certain things, or act a certain way that resonates with the other person -- regardless of how you feel would be ideal."

The same can be said for Wong-Loi-Sing's co-star Siriboe, who plays Isaiah, a talented painter also struggling to find himself. Siriboe says he found his role "very self reflective."

"Because it makes you wonder, 'Why are you trying to keep up or trying to create something that's not sustainable?'" he says of the couple's strained relationship. "It's nice to...want to...evolve or expand...to another level. But at the same time, you gotta be real with the process, and where you are."

Really Love is now available to stream on Netflix.