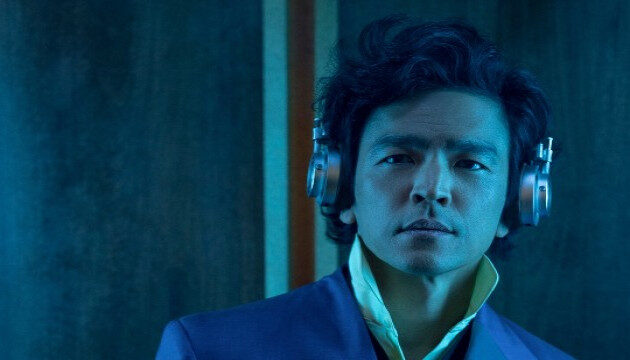 John Cho will bring the character Spike Spiegel to life in the Netflix live-action reboot of Cowboy Bebop, but admits he had a hard time wrapping his head around the age difference separating him and his character.

In the Cowboy Bebop anime, which ran for one season between 1998 and 1999, Spike is listed as being in his mid 20s. Cho is 49. In a new interview with Vulture, the actor admitted the age difference was his "biggest fear" going into the project and that he "had to get over it."

"I’m not a person who says age is just a number or whatever. It was gonna be harder — physically. And I was gonna look different than a 25-year-old guy," he explained. "At some point, the opportunity is 'Yes or no — do you wanna do it?' And I did wanna do it. So I wasn’t gonna stop myself from doing it."

Cho said he then learned that his age gave him an advantage at depicting Spike, saying it allowed him to make the character more well-rounded.

"I couldn’t have done it when I was 27. I mean, maybe I would’ve been better suited athletically, but in terms of my discipline, I am strangely better suited at this age," the Star Trek star continued. "I don’t think I would’ve done justice to the emotional depth we tried to give Spike."

Cho added that younger actors are best suited to make vengeful characters filled with rage, adding, "That might’ve been a more pronounced element in the character. What I’m better at, being older, is showing weakness and vulnerability and love. Those things are more accessible to me. Personally, I’d prefer the version I’m able to do now. That’s my taste."