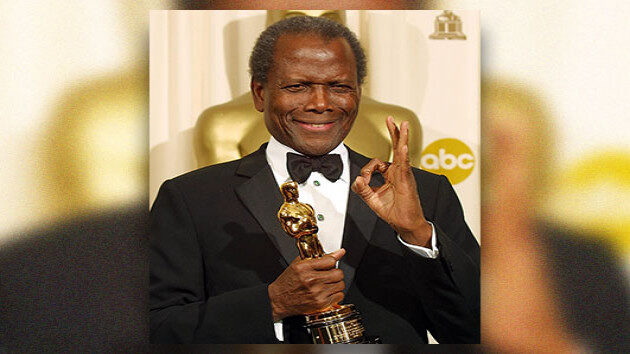 When the $482 million Academy Museum of Motion Pictures opens on September 30 in Los Angeles, it will pay tribute to one of the greatest actors of all time, Sidney Poitier.

The entrance to the new venue, the Grand Lobby, is being named after the iconic Oscar winner.

“It is an incredible honor to name our grand lobby — the nucleus of the Academy Museum — in celebration of Sir Sidney Poitier, whose legacy of humanitarian efforts and groundbreaking artistry continues to inspire us all,” Academy Museum director Bill Kramer said in a statement.

The trailblazing 94-year-old actor's film credits include Guess Who's Coming to Dinner, Uptown Saturday Night, Let's Do It Again and Lilies of the Field, which earned him an Academy Award for Best Actor in 1964, the first Black performer ever to win the award. Poitier has received numerous honors in his distinguished career, including the Presidential Medal of Freedom from President Barack Obama in 2009.

“Sidney’s tremendous impact on the motion picture industry, and on audiences around the world, is inseparable from the story of his longstanding, collegial relationship with the Academy, said Poitier's wife, Joanna Shimkus Poitier. "To be honored now as the namesake of the Academy Museum’s lobby, the place of access to everything that lies within, is almost like receiving a second Oscar, for lifetime achievement.”

The Academy Museum of Motion Pictures features six floors of exhibitions covering the history of filmmaking. On Tuesday, September 7, Spike Lee will be featured in a special conversation with Shaka King, director of Judas and the Black Messiah starring Oscar nominee Daniel Kaluuya. The event will be livestreamed at 6 p.m. PT.