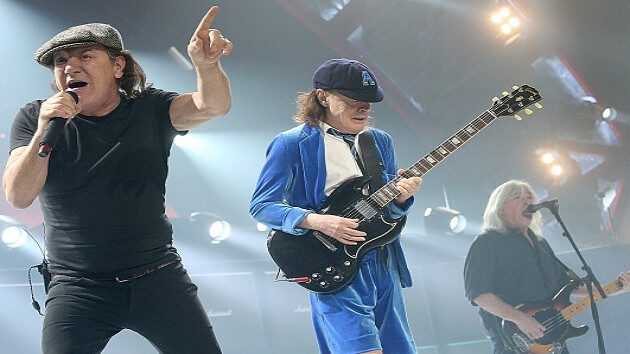 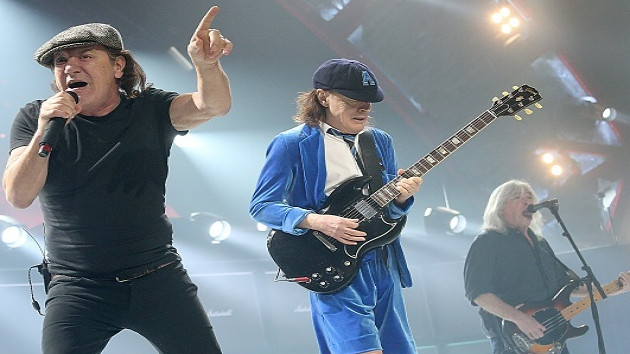 AC/DC's Brian Johnson, Angus Young and Cliff Williams in 2016; Gary Miller/Getty ImagesThere are new signs that AC/DC may be preparing to officially announce details of a widely rumored reunion project that the band apparently has been working on during the last couple of years.

Hard-rock podcaster Mitch Lafon took his social media sites on Friday to post a series of new photos of AC/DC that were briefly uploaded to the Australian rockers' official website before being removed.

Lafon writes in the tweet, "These were posted earlier today...With strong RUMOURS that an album will follow this November. Follow AC/DC's socials for an official announcement. Until then, enjoy the possibility."

Multiple sources have reported that AC/DC has been working on a new album built around unreleased archival recordings featuring Malcolm Young. Malcolm died in 2017 at age 64 after a long illness.

AC/DC has made no official announcement regarding the project.