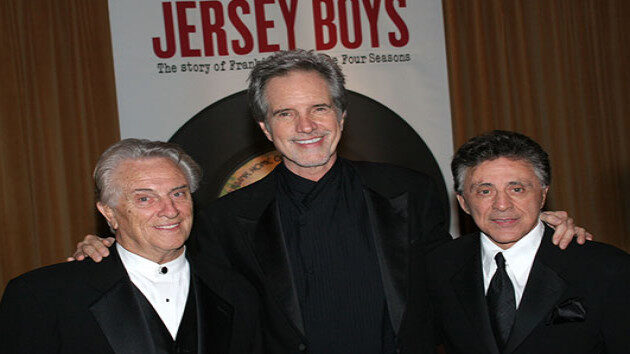 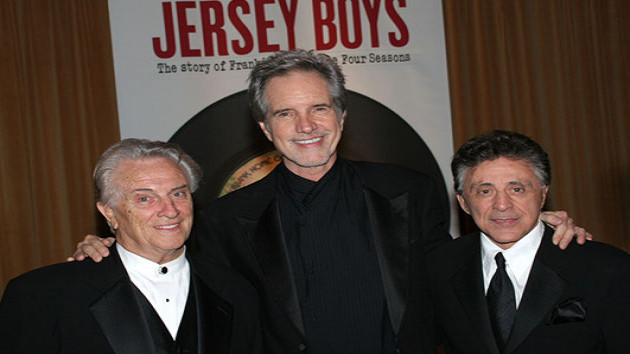 L-R: Tommy DeVito, Bob Gaudio and Frankie Valli of The Four Seasons in 2005; Bruce Glikas/FilmMagicTommy DeVito, an original member of the legendary doo-wop and vocal group The Four Seasons, died Monday night in Las Vegas after being hospitalized recently with the COVID-19 virus, NJ.com reports. He was 92.

DeVito starting performing with singer Frankie Valli in 1954 in a group called The Variatones, which later changed its name to The Four Lovers. By 1960, the group had evolved into The Four Seasons and featured Valli on lead vocals, DeVito on guitar and baritone vocals, Bob Gaudio on keyboards and tenor vocals, and Nick Massi on bass and bass vocals.

Starting in 1962, The Four Seasons had an impressive run of major hits including the chart-topping smashes "Sherry," "Big Girls Don't Cry," "Walk Like a Man" and "Rag Doll," and other classics like "Candy Girl," "Dawn (Go Away)," "Let's Hang On!" and "Working My Way Back to You."  The story of The Four Seasons later was turned into the Tony Award-winning Broadway musical, Jersey Boys.

DeVito left The Four Seasons in 1971, and in 1990 was inducted into the Rock & Roll Hall of Fame as a member of the group.

Valli and Gaudio posted a joint message on Frankie's Facebook page paying tribute to DeVito, that reads, "It is with great sadness that we report that Tommy DeVito, a founding member of The Four Seasons, has passed. We send our love to his family during this most difficult time. He will be missed by all who loved him."