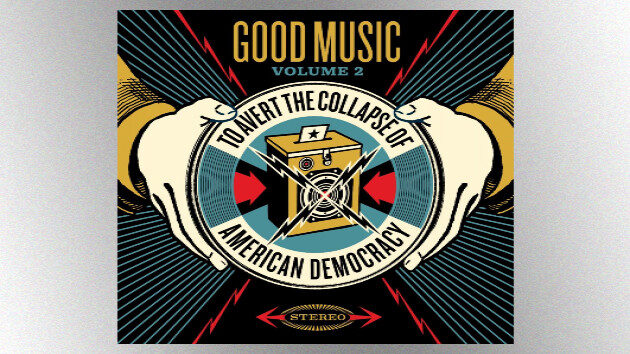 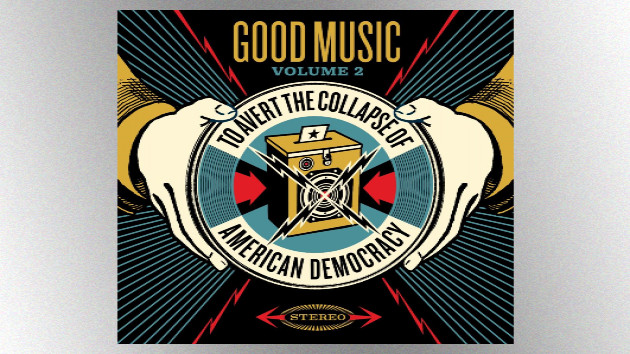 Unreleased recordings by former Talking Heads singer David Byrne and ex-Til Tuesday singer Aimee Mann are among the 77 tracks featured on a second edition of Good Music to Avert the Collapse of American Democracy, a compilation series supporting voting-rights organizations.

Volume 2, which follows the release of Volume 1 earlier this month, will be available exclusively on Bandcamp for only 24 hours starting this Friday, October 2, at 12:01 a.m. ET. Proceeds will benefit Voting Rights Lab.

The album includes a demo of "People Tell Me," a song from Byrne's Joan of Arc: Into the Fire musical, a live recording of David joining alternative-rockers Arcade Fire for a performance of Talking Heads' "This Must Be the Place (Naive Melody)," and a song by Mann called "Batten Down."

Yoko Ono, Pearl Jam, Tenacious D, Jack Johnson, Pearl Jam guitarist Stone Gossard, and the late John Prine are among the many other artists who contributed various unreleased covers, demos and live tracks to the project.